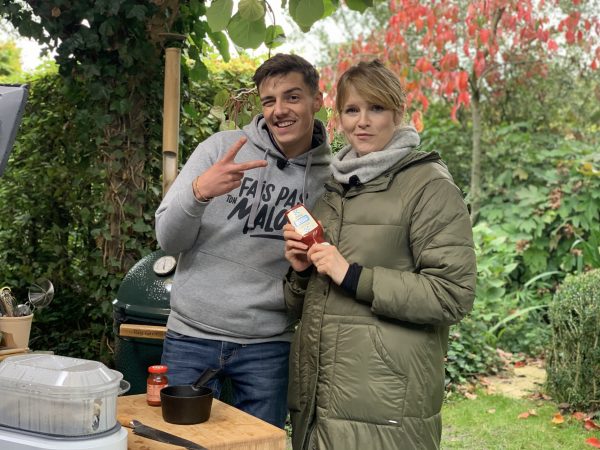 To see the recipe in motion, it’s here. And for the most impatient, here’s what you need : 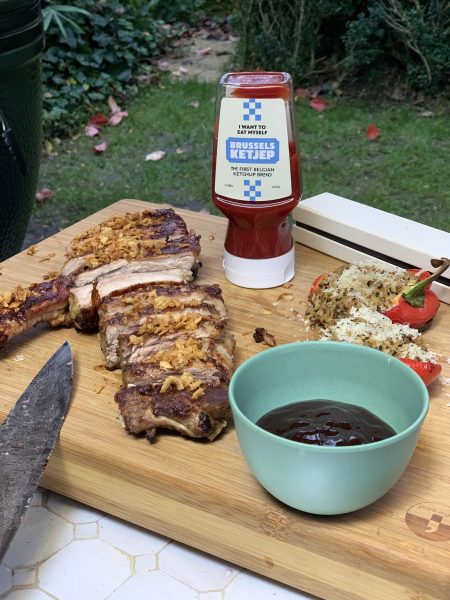 1. Season the ribs with salt and pepper and steam them in a steam cooker to make them tender.

2. Cook the quinoa mix as indicated on the packet. Add the melted butter and chopped parsley.

3. Cut the peppers in half and remove the seeds. Stuff with the quinoa mixture and put on the barbecue.

4. For lacquering, mix hot pepper sauce, poultry stock, chocolate and Brussels Ketjep. Melt on the barbecue in a small pan. The acidity of the Brussels Ketjep balances the sweet and fruity taste of the chocolate.

5. Put the ribs on the barbecue and brush them several times with the mixture of Brussels Ketjep and chocolate to obtain a nice crust. Make sure the barbecue is not too hot.

Enjoy with a nice little beer!