Because the Black Angels are managed and organised by the country’s biggest professional clubs, they’re leading American Football in Belgium. The players are also role models in terms of motivation, spirit of competition, and sacrifice. Not only are they gladiators on the field—they’re always ready to entertain their fans during the games.  In short, Brussels Ketjep loves you guys!

Despite their domination, the 30th Belgian Bowl kept all its promises against the Tigers, Brussels’s other team. The Tigers, a well-organised team, came back from their slow start at the end of the game with a 27-20 score, adding a drop of suspense in the last two minutes of the game. 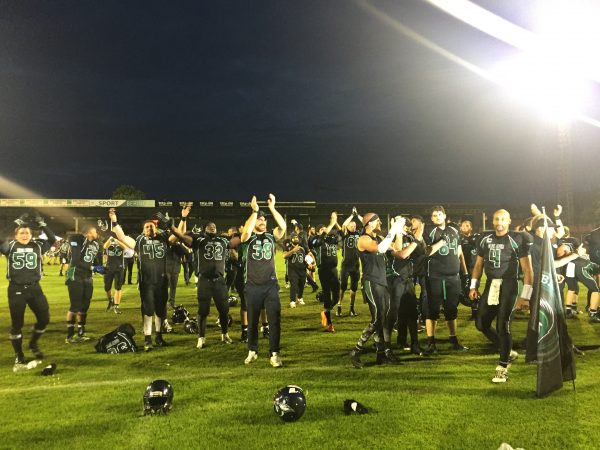 The atmosphere was on fire that day: we had some tremendous plays (some touchdowns in particular), DJs, and smiling dancers from the CheerSquad. American Football is not as popular in Europe as it is in the United States, even though each game is exhilarating. American customs for having fun are just as respected as fair play on the field.