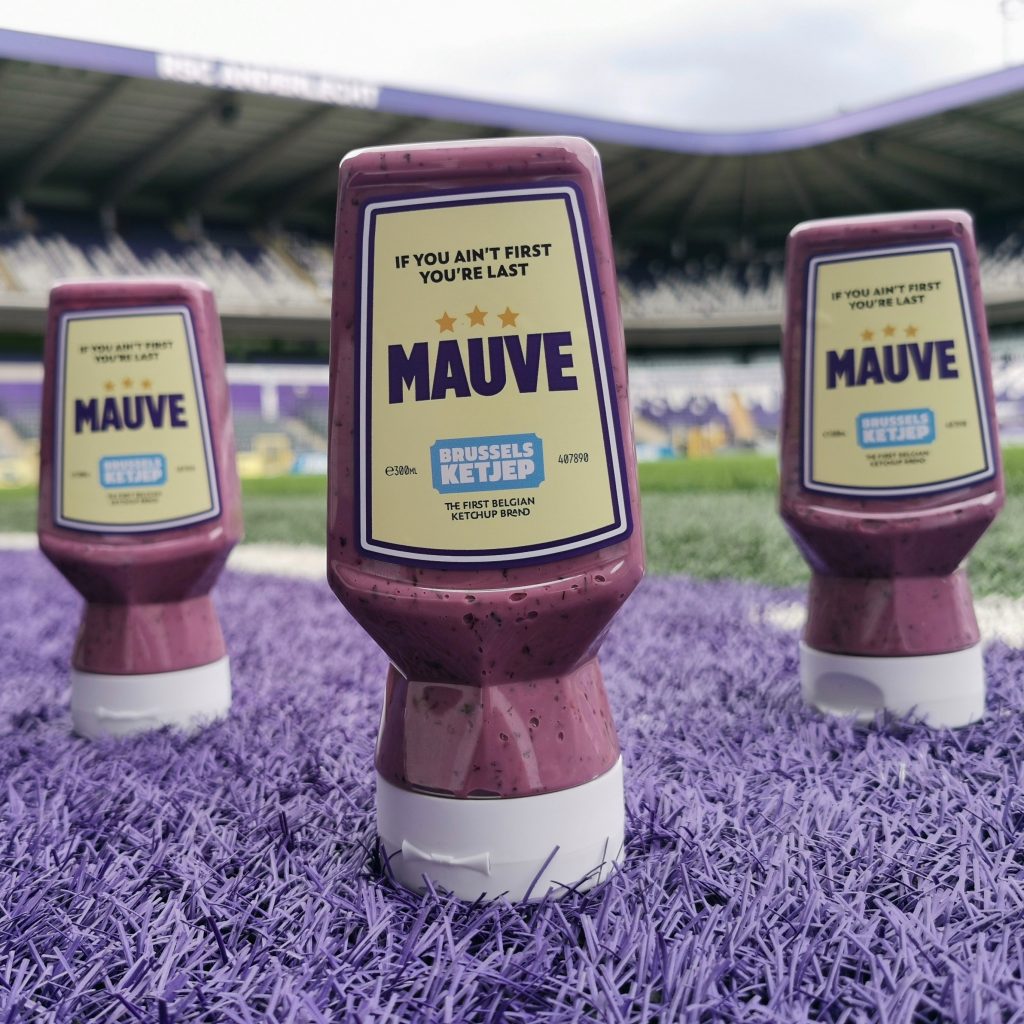 Our meeting with Marc Coucke was the catalyst.
Since the successful entrepreneur became the president of the Brussels football club, many changes have been made in the organization, eliminating bad habits once and for all. One of the steps was to let small companies sponsor the club. Brussels Ketjep wanted to be part of this renewed effort but wanted to do its bit by creating a special sauce for supporters – and go the extra mile!
In our first meeting with Marc Coucke, he told us he was a foodie and admitted he wished our stores had a good tartar sauce, which he loves. So the Ketje decided to secretly create a premium tartar sauce recipe with capers and crisp onions. Obviously, the hardest part was making it mauve using natural food colouring while still making it look tasty. 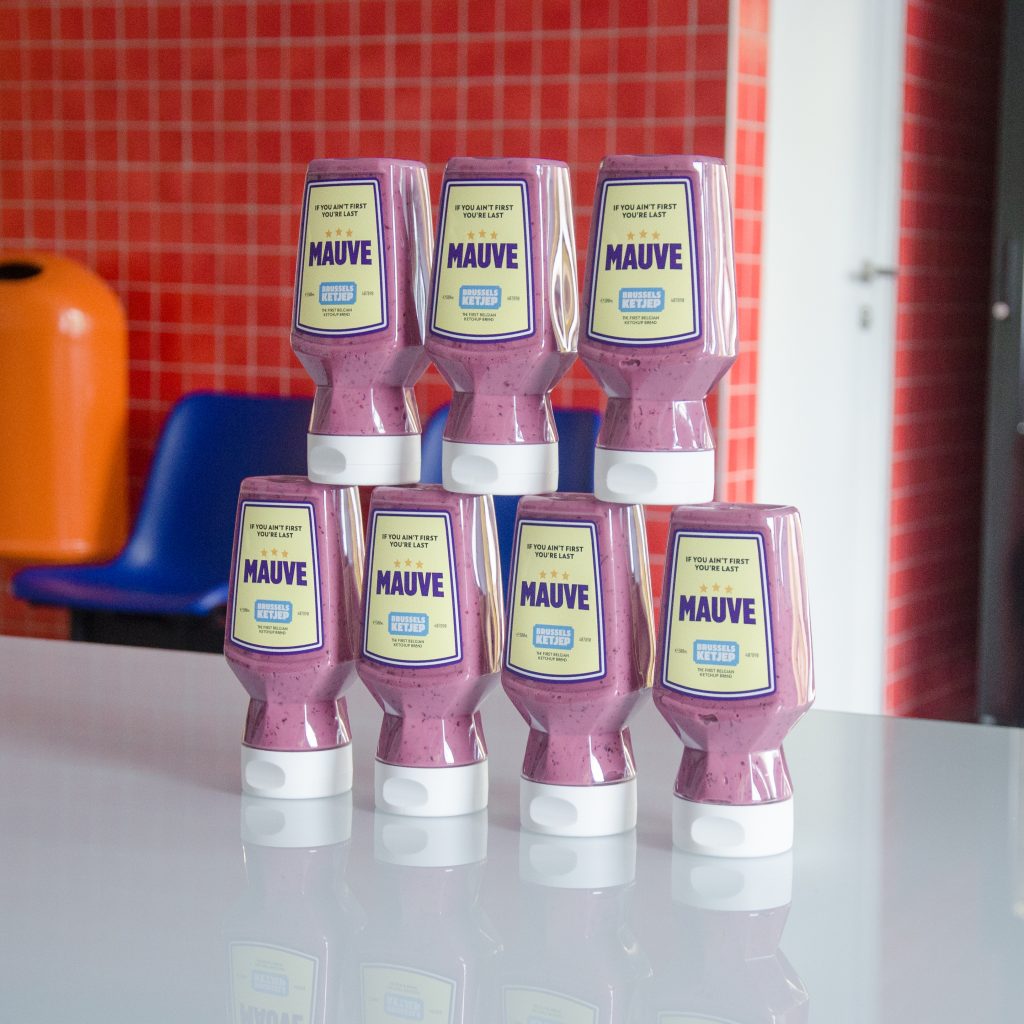 After several tests, carefully measured spirulina and black carrot extract, we had our final sauce.
And more good news: the official launch of the Mauve sauce took place a few days after the announcement that Vincent Kompany would return to the RSC Anderlecht club! To show that football starts with team spirit, the RSCA offered to donate a part of the profit to the Child Focus foundation.

The MAUVE sauce is available in Carrefour, Delitraiteur, Cora, Match, Night/Day, White Night as well as with the independent resellers of Brussels Ketjep.

It’s also available in our online store and in our Brussels Ketjep station, chaussée de Wavre 1731 at 1160 Brussels.