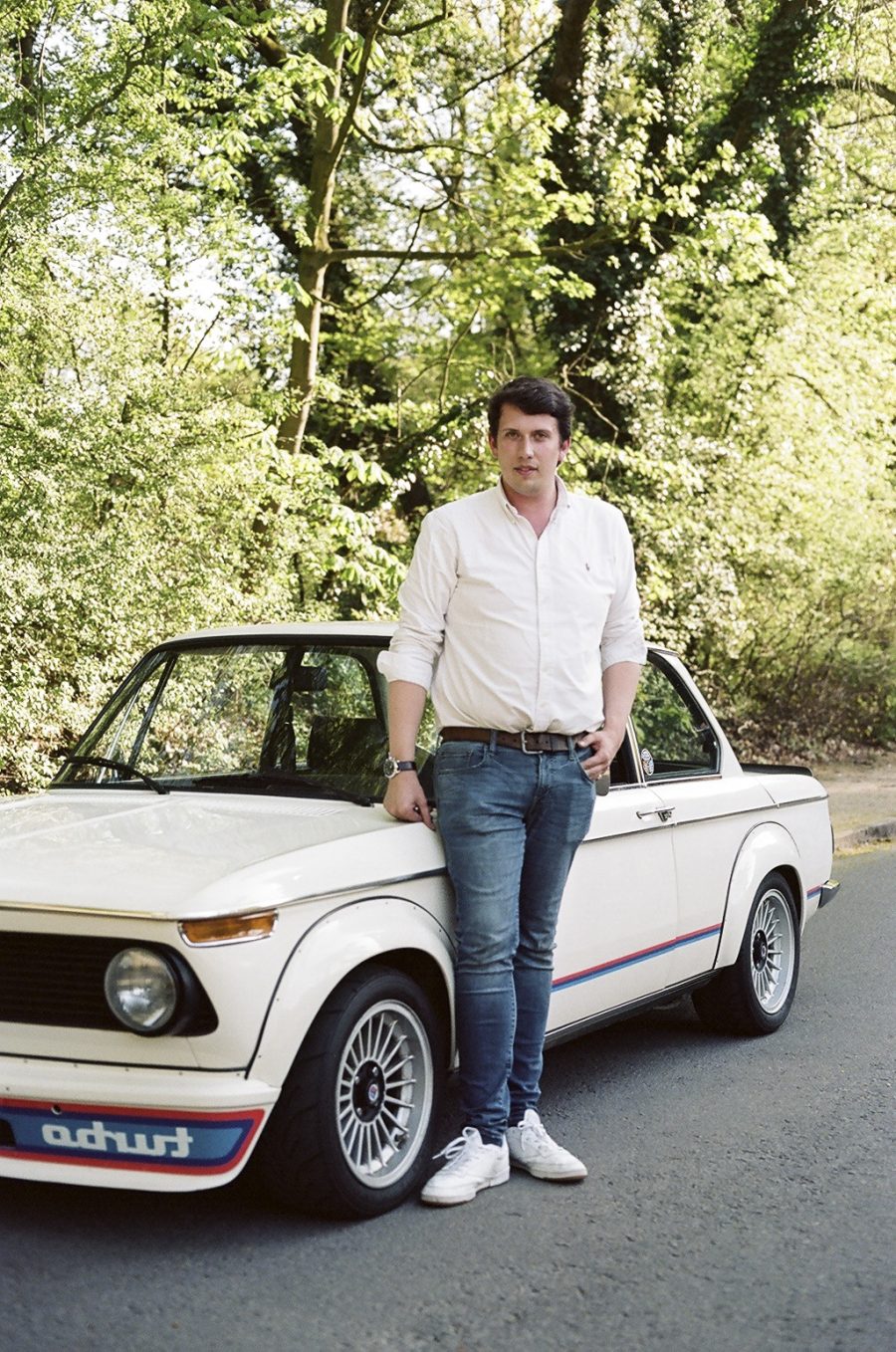 Describe yourself, your background and what you do today.
I’ve always been passionate about cars, especially collectible vehicles. I took a vocational course in car sales, where I learned the basics of automotive expertise. Since then, I’ve been working for a large concession in the heart of Brussels, selling prestigious vehicles for almost four years, since a few months I’ve create my own company, William’s Cars Collection, a new challenge in my life! I’m also part of the founding members of the Brussels Oldtimers, a group of young people passionate about antique cars, organising several gatherings a year under the Arcades du Cinquantenaire.

How has where you come from shaped who you are?
I’ve always been shaped by my passion and choose to invest myself 100% in my projects.

How would you describe your attitude to work?
I work with passion, which is the most important thing in my opinion! If you find a job you enjoy, it won’t feel like work.

On a personal note, what would you say you’re the proudest of?
My collection of cars: I have several, but none are alike, and each has a bit of my personality! I’m also proud of the knowledge I’ve gained in this world of old-timer cars.

What do you think distinguishes Belgium, and its people, from the rest?
Belgians like to laugh at themselves. They’re always in a good mood, even in the toughest of situations, knowing how to climb the slope easily. Very attached to their country, and not afraid to show it!

If you had to nominate three people that, to you, best symbolised Belgium in its full glory, who would they be and why?
Jacky Ickx, one of the best car racers in the world from the golden age of motor racing.
François Damiens, the perfect example of Belgian humour.
Luc Donckerwolke, a great Belgian car designer who created the Lamborghini Gallardo and Murciélago, and consistently shows his talent through his designs.

If you had to take out-of-towners to one essential restaurant in Belgium, which one would it be?
Little Paris in Waterloo, the best Belgian brasserie in my humble opinion – there you’ll find high-quality products and an impeccable service.

If you had to take visiting guests out on a Sunday tourist trail, where would you take them and why?
I would make them visit our beautiful city of Brussels, crossing the Bois de la Cambre/Ter Kamerenbos and Cinquantenaire/Jubel parks – which holds one of the capital’s most beautiful monuments – and visiting some parts of the city such as Châtelain/Kasteleinsplein or Sablon/Zavel where there’s always something to discover.

Sauces, in Belgium at least, are intrinsically linked to French fries. What’s your combination of choice?
Brussels Ketjep’s 16-20, a real delight and great match to anything. I also have a weakness for the Dallas with its powerful taste – to consume with moderation!

Tell us about the first time you discovered BK sauces.
It was during the release of the Dallas sauce. Being a big fan of Dikkenek – and owning one of the star vehicles of the movie, J.C.’s BMW 2002 Turbo – I couldn’t miss out on trying this sauce. I later got to know Sylvain, the man behind brand, who introduced me to the rest of the range and I quickly became a fan!