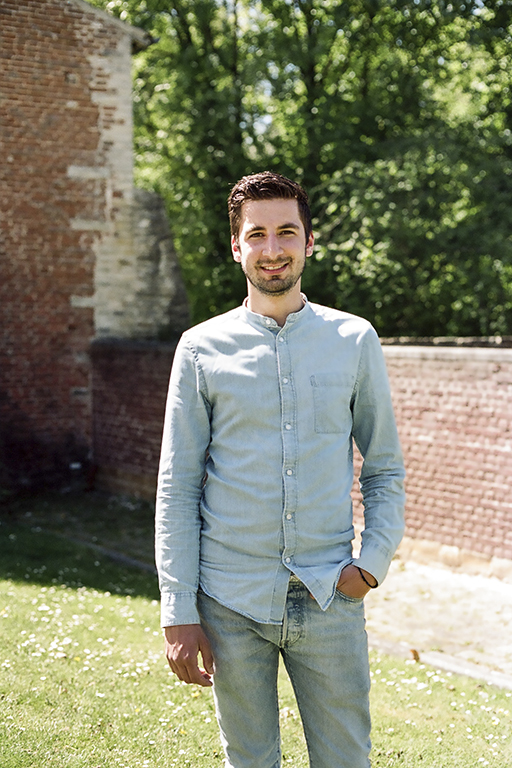 Describe yourself, your background and what you do today. How has where you come from shaped who you are?
I’m from Charleroi and studied marketing in Namur. Thanks to my degree I was hired by Brussels Ketjep as a sales representative. I come from an Italian family, growing up with many values in a culturally diverse city, which mean that I’m quite sociable and open-minded.

How would you describe your attitude to work?
I would say that I always try to stay positive, even when things don’t always turn out as I’d like. It’s important to keep a positive mind in order to overcome the everyday challenges.

On a personal note, what would you say you’re the proudest of?
My family.

To you, what is a Ketje?
Someone playing the Brussels Ketjep “game”. In other words, all the people involved in our adventure in a broad sense: staff, partners, fans, …

If you had to nominate three people that, to you, best symbolised Belgium in its full glory, who would they be and why?
François Damiens, for his excellent representation of Belgian humour.
Stromae, for his talent that took over the world.
Soeur Emmanuelle, for her beautiful message of solidarity, dedicating her life to others.

If you had to take visiting guests out on a Sunday tourist trail, where would you take them and why?
Ghent, because it’s one of the most charming cities in Belgium thanks to the river flowing through the city centre. Furthermore, it has many bars and restaurants that I love.

Sauces, in Belgium at least, are intrinsically linked to French fries. What’s your combination of choice?
French fries with Mayo and Dallas sauces!

Tell us about the first time you discovered BK sauces.
I discovered the products when I was a company trainee. At this time there were still only four sauces – the Brussels Ketjep, Mayo, Dallas and Mostoed – and I got to take part in the launch of the fifth Cowboy.