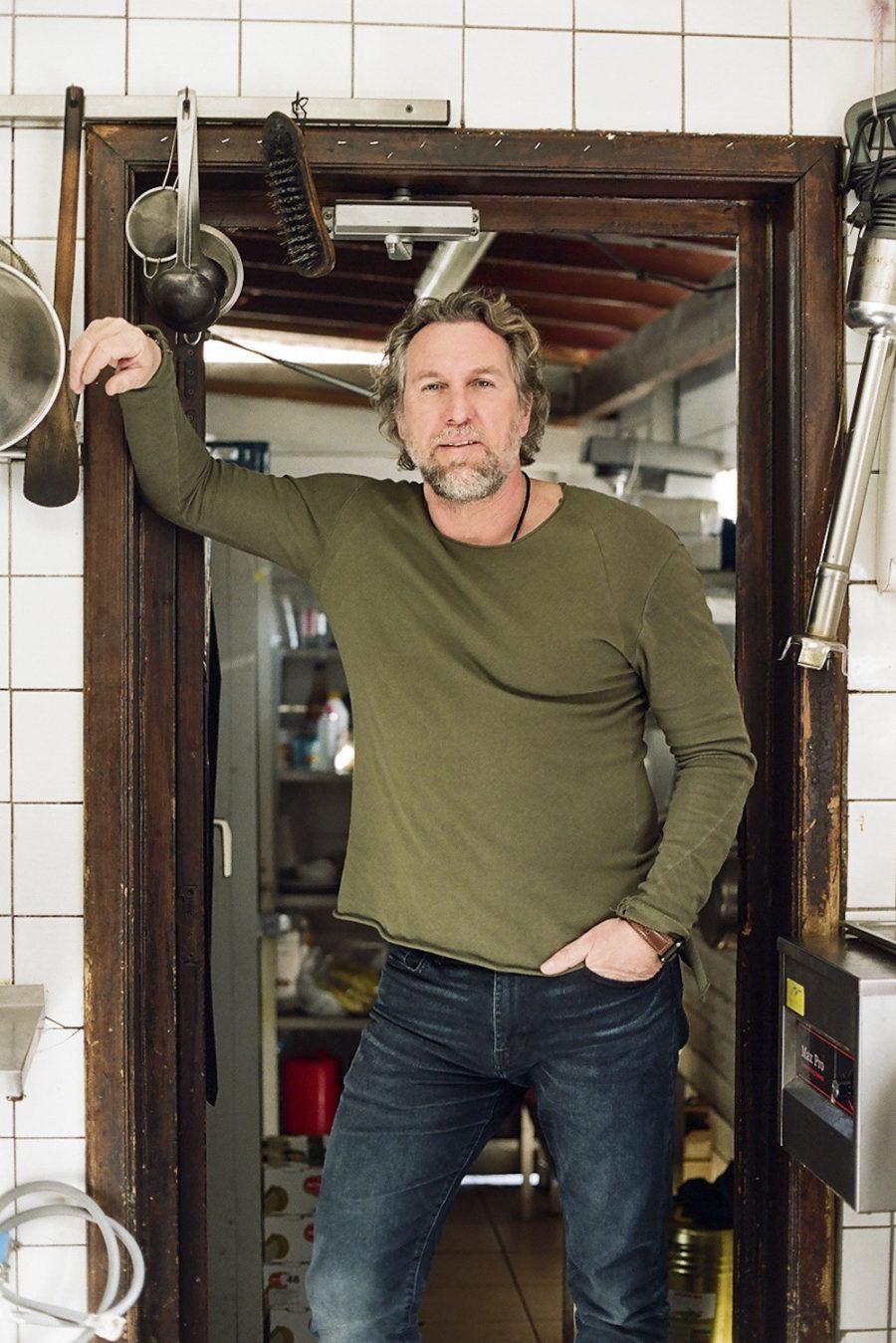 Describe yourself, your background and what you do today.
I started working in the hospitality industry when I was 21, cooking spaghetti with my friend Olivier Van Landuyt for more than two years at Pattatezak, which is well-known for their Bolognese sauce. It made us want to open a similar kind of place of our own, so we found an old local bistro on Rue de Wandstraat, arranged it a bit without losing its character and created a smaller menu with typical bistro dishes.

How would you describe your attitude to work?
I manage the team, so I like things to be clear and organised. I speed it up when I need to, but I also like to be in touch with people, as I have a good sense of humour and commerce.

On a personal note, what would you say you’re the proudest of?
I’m proud that my childhood friend Olivier and I have been working together smoothly and successfully for about 27 years now.

To you, what is a Ketje?
A kid from the streets of Brussels.

What do you think distinguishes Belgium, and its people, from the rest?
Belgium and its people are authentic, spontaneous and natural.

If you had to nominate three people that, to you, best symbolised Belgium in its full glory, who would they be and why?
Benoît Poelvoorde, Jacques Brel and Eddy Merckx, because they’re authentic characters who really go to the end of things with their guts.

If you had to take out-of-towners to one essential restaurant in Belgium, which one would it be?
Both Skievelat’s in Sablon/Zavel and De Wand, for their typical Belgian cuisine and atmosphere.

If you had to take visiting guests out on a Sunday tourist trail, where would you take them and why?
I’d take them for a walk through Rue Blaesstraat, Rue Haute/Hoogstraat, the Marolles and the flea market on Place du Jeu de Balle/Vossenplein: an emblematic Sunday morning filled with Brussels culture and folklore.

Sauces, in Belgium at least, are intrinsically linked to French fries. What’s your combination of choice?
Mayonnaise is surely the oldest sauce associated with fries. It was only later that we were blessed with ketchup, andalouse and even Brussels Ketjep’s Dallas.

Tell us about the first time you discovered BK sauces.
I got to know Brussels Ketjep and Sylvain through a friend of mine. I immediately thought his ketchup was delicious and was going to take off in Brussels, so I ordered some for Skievelat De Wand and Sablon. My customers loved it. Then Sylvain had the brilliant idea of creating Dallas, Mostoed and Mayo, and then David Antoine’s 16-20 sauce, which was sent out into space. A genius yet typically Belgian idea!

Can you recollect your best Belgian joke ever?
I tell so many stupid jokes to my friends and clients that you could say I’ve been making Belgian jokes ever since I could talk.

Why do Belgians do it better?
Because they’re authentic and believe in what they do 100%.