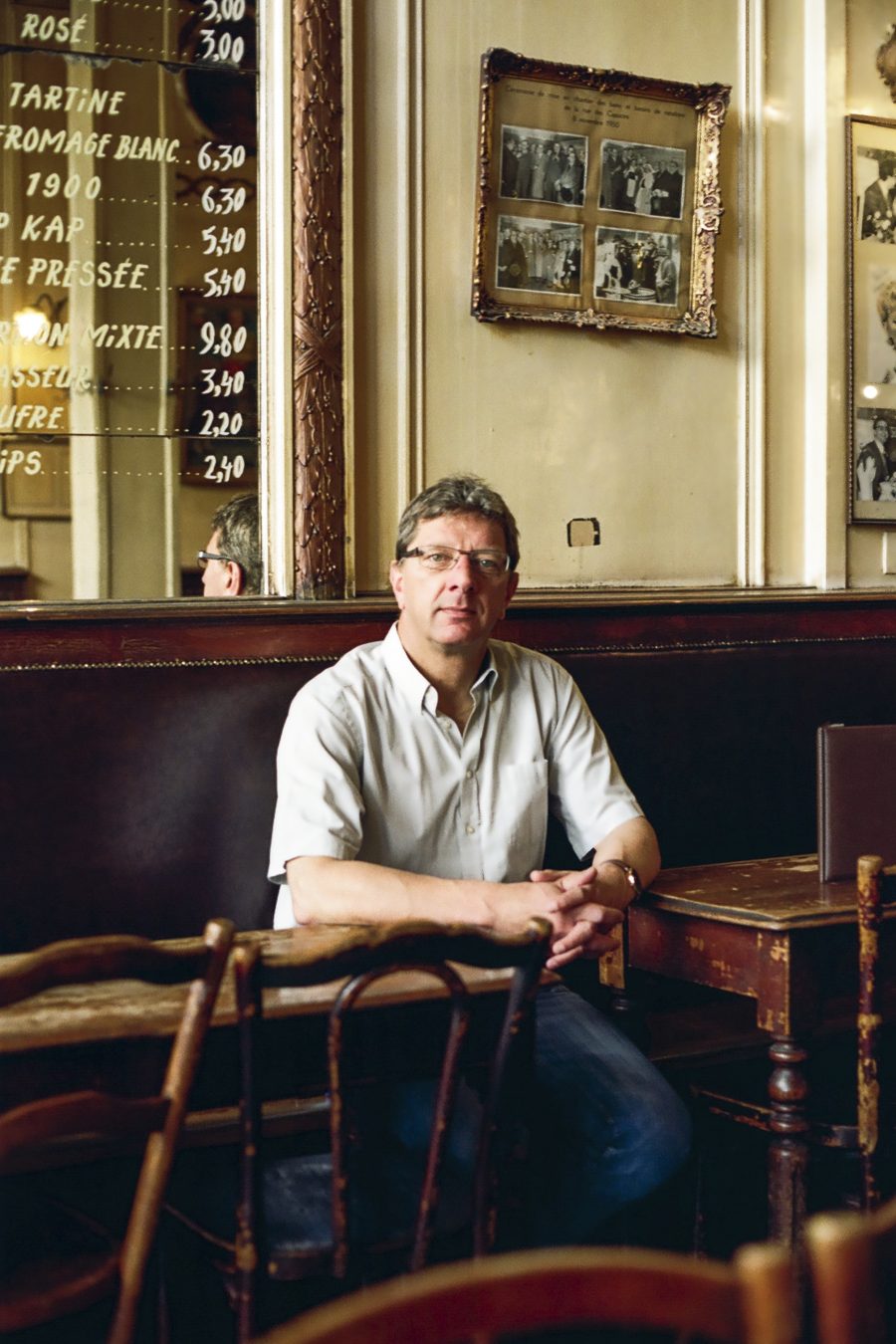 Describe yourself, your background and what you do today.
I’m the great-grandchild of the Vossen family, and the fourth-generation owner of the café-brasserie A La Mort Subite.

How has where you come from shaped who you are?
I grew up in the food and hospitality industry, so I basically followed in my elders’ footsteps.

How would you describe your attitude to work?
I’m a hard worker who’s righteous and respectful with my staff.

On a personal note, what would you say you’re the proudest of?
My family: my wife and three sons.

To you, what is a Ketje?
It’s a kid from Brussels, like the comic book figures Quick and Flupke.

If you had to nominate three people that, to you, best symbolised Belgium in its full glory, who would they be and why?
The King, Annie Cordy and Grand Jojo, because they all symbolise unity and bring people together.

If you had to take out-of-towners to one essential restaurant in Belgium, which one would it be?
Comme Chez Soi, in downtown Brussels.

If you had to take visiting guests out on a Sunday tourist trail, where would you take them and why?
The Vallées de la Burdinale et de la Mehaigne Natural Park in Burdinne, because it’s a return to my roots.

Sauces, in Belgium at least, are intrinsically linked to French fries. What’s your combination of choice?
I love cocktail sauce.

Tell us about the first time you discovered BK sauces.
At our first BK meeting with Sylvain at A La Mort Subite – I’m their very first client!

Why do Belgians do it better?
Because knowledge is power, which leads to a lot of misunderstandings.