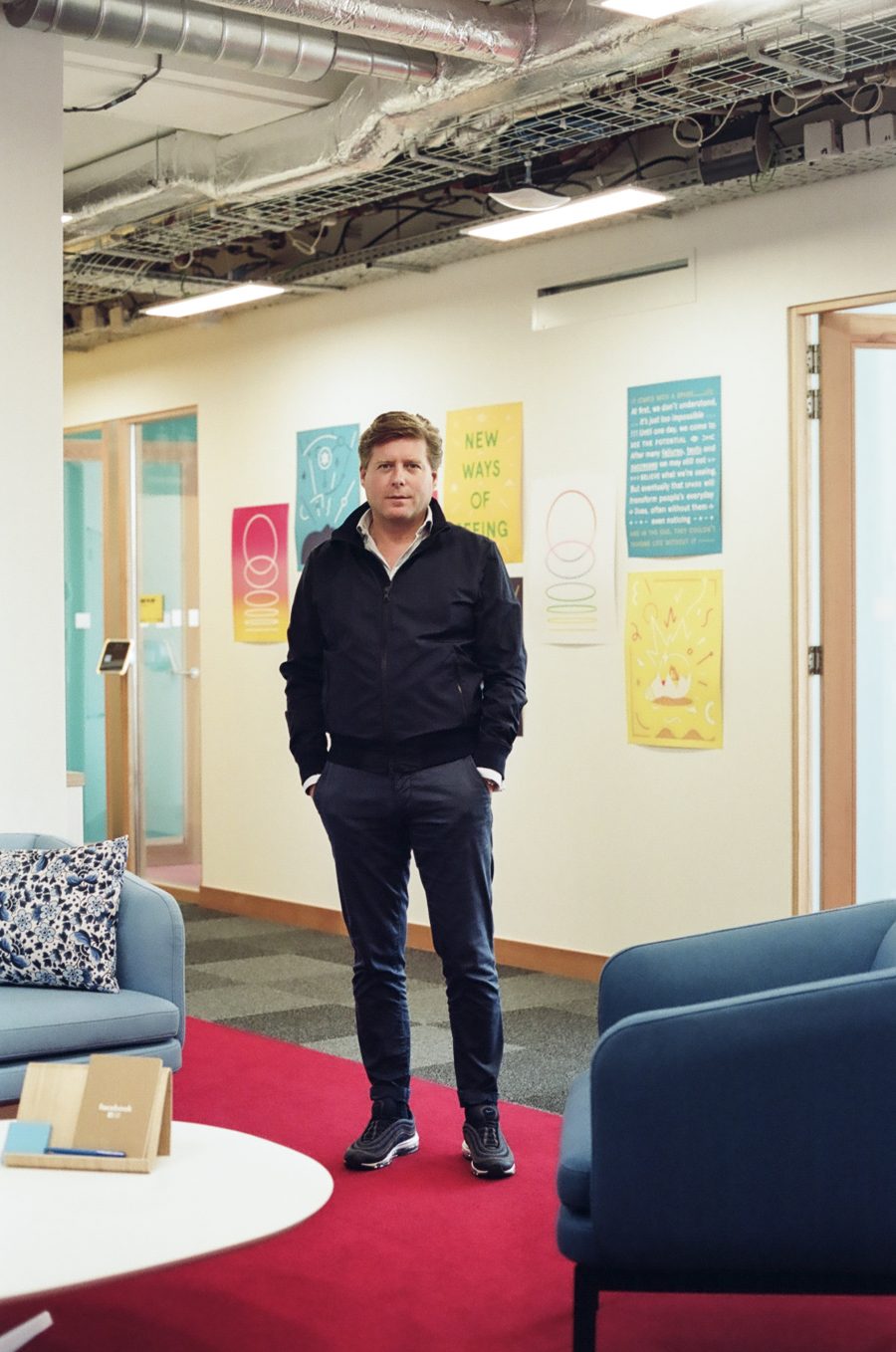 Describe yourself, your background and what you do today.
I’m currently the country manager for Facebook Belgium. My team and I work together with both local and international companies, organisations and agencies in Belgium to help them reach Facebook users in an authentic and relevant manner. We enable these companies to utilise the newest insights, creative concepts, and the social aspect of Facebook’s platform in order to reach their consumer and business audiences.
I’m passionate about all things technology crossing over into creativity, and have always worked in the innovative digital and media world. In fact, I started my career working for Winbox, a Belgian internet start-up in 1999. Later on, during the Internet bubble I joined Belgacom Skynet where I held different sales, marketing and management roles. After eight years I decided to step over to Microsoft where I rose to the position of Head of Microsoft Advertising for Belgium. And now since 2012, I’ve been with Facebook Belgium, living in Brussels.

How has where you come from shaped who you are?
Despite living in Brussels now, I was actually born and raised in Antwerp. My schooling was in Dutch, though my mother tongue is French thanks to my mother who is French. I went on to attend a French-speaking university in Brussels, work for international companies and connect with many people outside of Belgium. I like to think of myself as a true Belgian who understands and appreciates different cultures. A people-oriented extravert who loves to build connections. It’s probably not a coincidence that I ended up in a company whose mission is to “bring the world closer together”.

How would you describe your attitude to work?
Passionate, driven by mission and vision, and looking to make impact. A team player who’s privileged to work with smart co-workers and learn from them every day.

On a personal note, what would you say you’re the proudest of?
The best is yet to come.

To you, what is a Ketje?
A boy or girl, who’s smart, resourceful and playful.

What do you think distinguishes Belgium, and its people, from the rest?
Our self-derision and welcoming nature.

If you had to nominate three people that, to you, best symbolised Belgium in its full glory, who would they be and why?
Eddy Merckx, Hergé, Magritte and Brel.

If you had to take out-of-towners to one essential restaurant in Belgium, which one would it be?
Friture René in Anderlecht.

If you had to take visiting guests out on a Sunday tourist trail, where would you take them and why?
If it’s a trip in Brussels, then it has to be Sablon/Zavel, Grand Place, the Marolles neighbourhood, Sainte Catherine/Sint Katelijne, and Au Vieux Saint Martin for lunch.

Sauces, in Belgium at least, are intrinsically linked to French fries. What’s your combination of choice?
Mayonnaise.

Tell us about the first time you discovered BK sauces.
It was the Dallas sauce at Brasseries RN I believe, otherwise it was on the counter of a typical local brasserie.

Can you recollect your best Belgian joke ever?
Why do Belgians have fries, and Arabs petrol? Because on the day of creation, the Belgians got first pick!

Why do Belgians do it better?
Because we lack pretension.