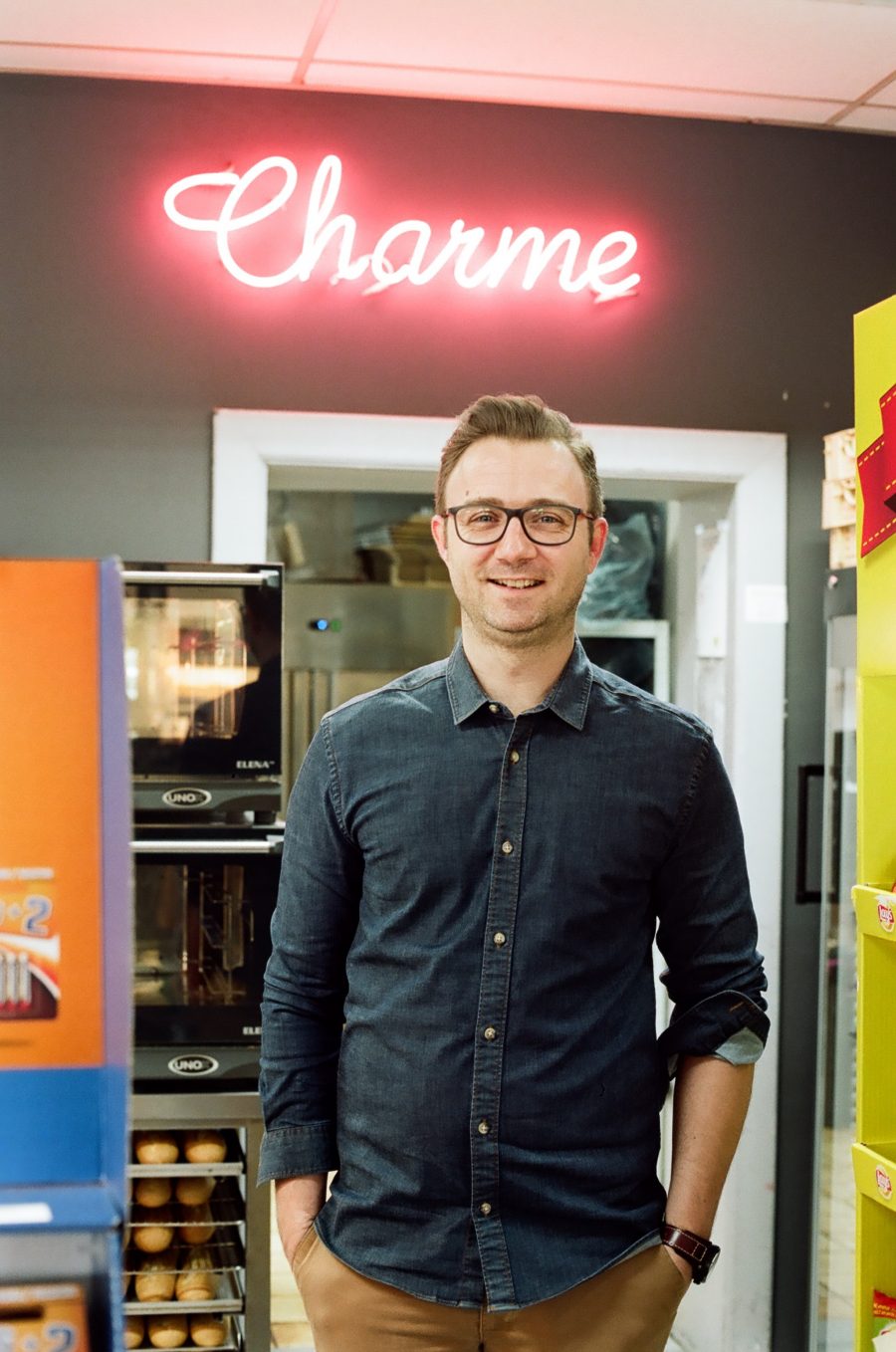 Describe yourself, your background and what you do today.
I did many different jobs before becoming my own boss: barman, builder, real estate agent, sales representative, you name it. I now run Fun & Food, a video library-cum-snack restaurant based in Gozée. The challenge was to learn the comings and goings another core business. Now, we’re well-known and loved for our sandwiches

How has where you come from shaped who you are?
All the people I’ve met in my life have had some sort of influence on me – be it for better or worse, I always try to learn something from them. I try to understand what keeps them moving forward.

How would you describe your attitude to work?
I take a lot of pleasure in what I do. And I’m adamant that if you’re going to do something, then you better make sure you’ll do it well – it always ends up taking the same amount of time, anyways.

On a personal note, what would you say you’re the proudest of?
My family, for sure. It can be hard to find the right balance of affection between every member of a family, but my beloved partner and I are determined to find it.

What do you think distinguishes Belgium, and its people, from the rest?
It’s a country with many different communities, all living together side by side and influencing each other. That makes for a great and rich country.

If you had to nominate three people that, to you, best symbolised Belgium in its full glory, who would they be and why?
Jacques Brel – he represented the Belgium’s diversity so well, with a healthy dose of sensibility.
Raymond Goethals, the Colombo of football. A genius hiding behind his rather absurd mannerisms and appearance.
Benoît Poelvoorde for his dark humour.

If you had to take out-of-towners to one essential restaurant in Belgium, which one would it be?
Anywhere that serves boulets sauce lapin.

If you had to take visiting guests out on a Sunday tourist trail, where would you take them and why?
First, a tour of Namur, with its citadel and old districts, then to Charleroi for an urban safari. A chance to compare and contrast the two cities; to make them understand that Belgium isn’t singular, but rather multiple. That, in the space of a mere few kilometres, landscapes and people can drastically change.

Sauces, in Belgium at least, are intrinsically linked to French fries. What’s your combination of choice?
The classic: French fries with Mayo.

Tell us about the first time you discovered BK sauces.
The Ketjep, at home. I was impatient to taste it because I was honoured to be the first to sell it in the Carolo area.

Why do Belgians do it better?
Thanks to our central location at the cross point of many different cultures: Latin, Germanic and Anglo-Saxon. We adopt the best features from these cultures and go about our own way.