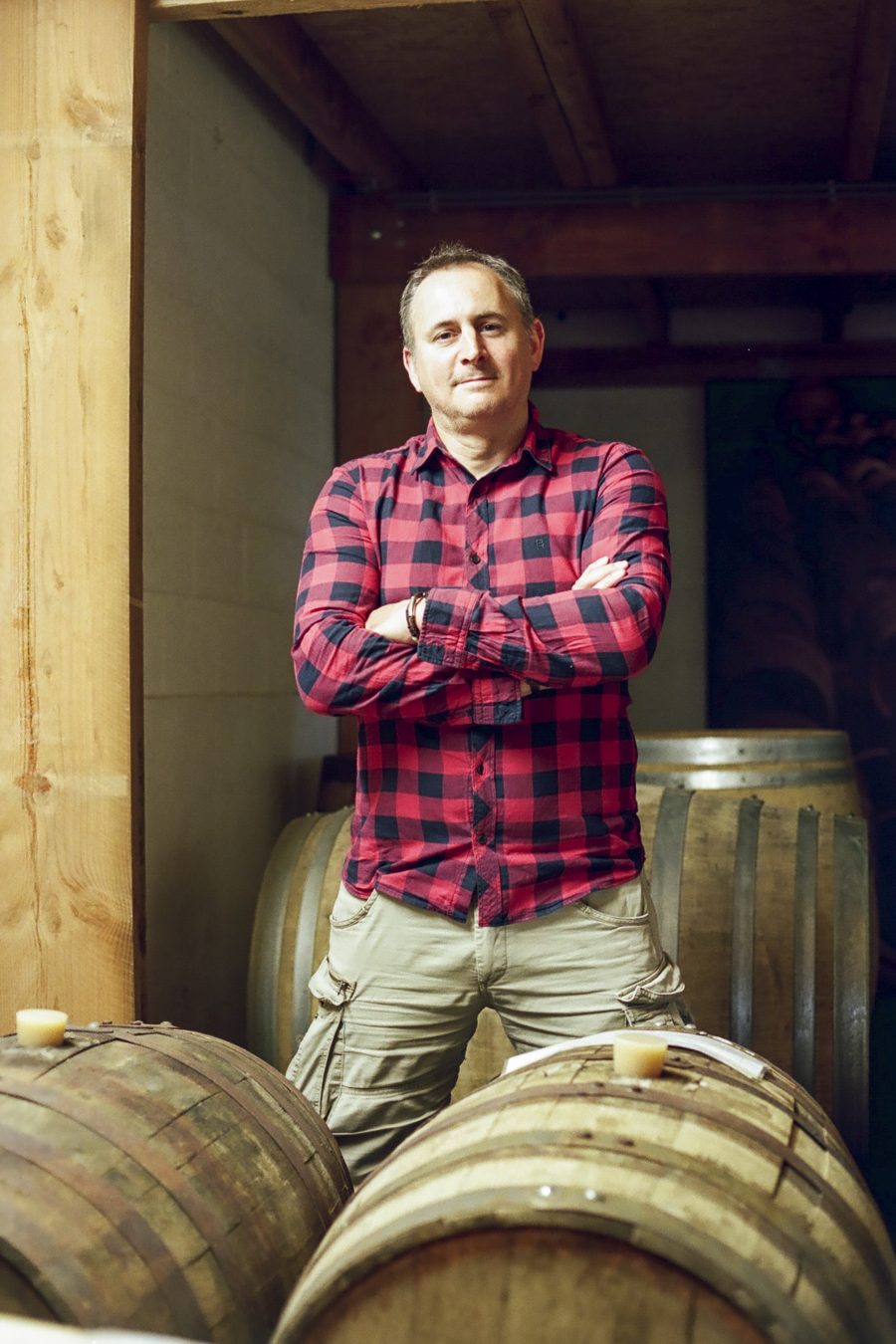 Describe yourself, your background and what you do today.
After a rather atypical career working as a cabinetmaker and then a teacher, I changed direction again and started to work in a restaurant where I got the chance to discover Wave Distil’s Gembloux spirits. Three years ago, I joined the team and became their sales representative and brand ambassador.

How has where you come from shaped who you are?
I come from Lonzée in Gembloux, and in my village there’s a real mix of eccentric characters. The slightly crazy guy, passionate about beers, who decided to produce his own, the Dikkenek. Another guy, from the same village and as crazy as the first, who launched Brussels Ketjep after having sold soft drinks and sex toys in Lapland. I myself ended up selling a Belgian whisky, the Skot’Tiche!

How would you describe your attitude to work?
I’m deeply involved in my job and truly believe in our products. I’m always interested in developing projects and learning new ideas and experiences. I’m a big fan of new challenges. Fingers crossed the next one will be with BK’s Sylvain!

What do you think distinguishes Belgium, and its people, from the rest?
People from Belgium are smart, resourceful and creative!

If you had to nominate three people that, to you, best symbolised Belgium in its full glory, who would they be and why?
Benoît Poelvoorde, for his madness and talent. Jacques Brel, for being one of the pillars of Belgian music. Hergé, for his creativity and for laying down a foundation.

If you had to take out-of-towners to one essential restaurant in Belgium, which one would it be?
Le Baromètre in Floreffe.

If you had to take visiting guests out on a Sunday tourist trail, where would you take them and why?
Gembloux, because it’s where I belong. I know the city’s story and all the villages around it.

Sauces, in Belgium at least, are intrinsically linked to French fries. What’s your combination of choice?
BK’s Dallas.

Tell us about the first time you discovered BK sauces.
At the very start of BK, when Sylvain got me to taste the Ketjep.

Can you recollect your best Belgian joke ever?
A blind person enters a bar, then into a table, a chair, a wall, …

Why do Belgians do it better?
Because we’re Belgian.