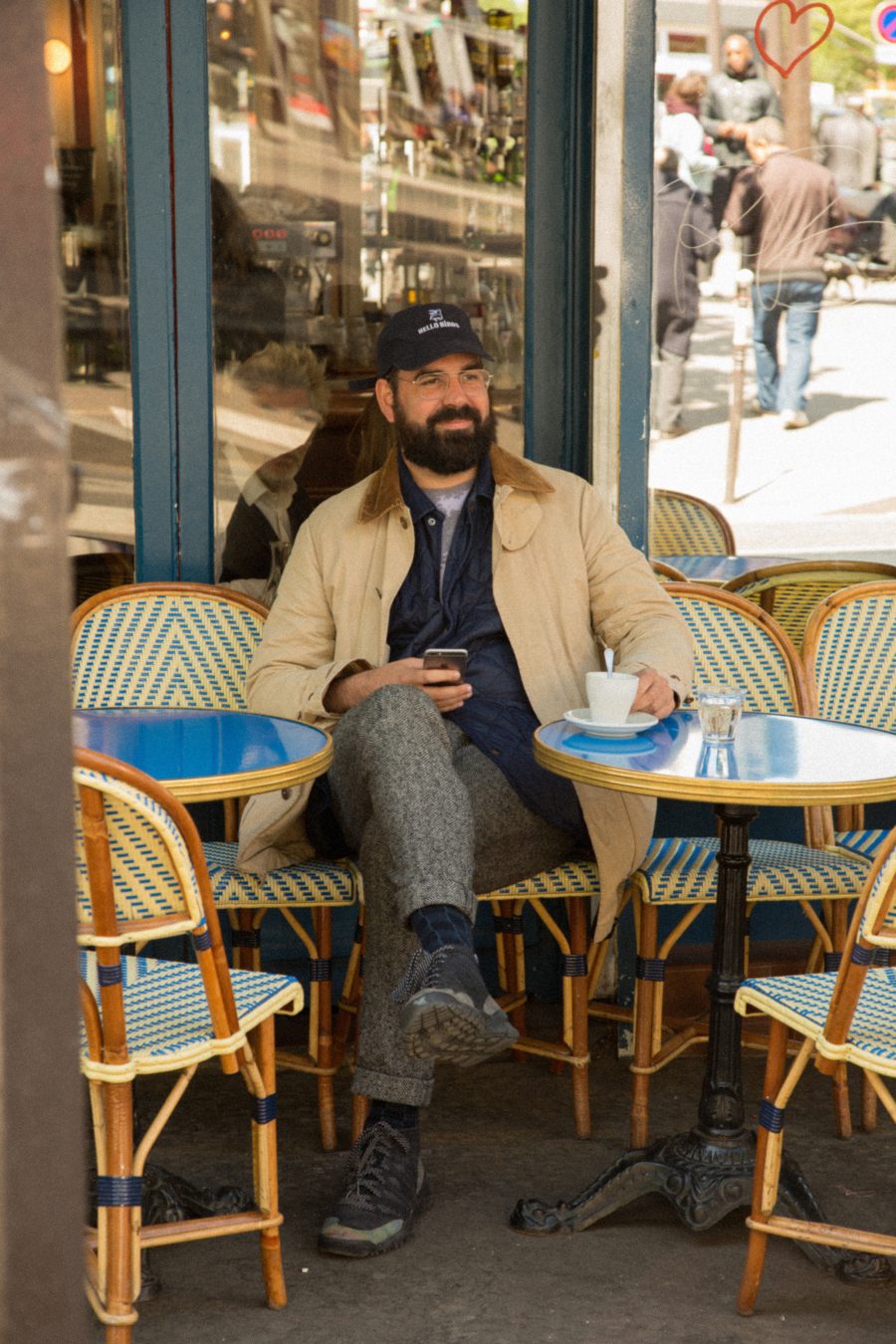 Describe yourself, your background and what you do today.
It’s been a while since I’ve talked about my background… I’m based in Paris and am passionate about digital pop culture and craft adventures. I currently work in content and advertising for Konbini as a strategic planner, and organise events with my crew Bon Esprit.

How has where you come from shaped who you are?
I am not sure if it was so much the place that shaped me as it was my family – values come from people. A curious, respectful, tireless human… that’s what I’m trying to become. But if we’re talking about territory, I do have to go visit the cliffs of Étretat in Normandy and its landscape at least once a month, and am a true lover of whelks, oysters and sea sprays.

How would you describe your attitude to work?
I try to be attentive, benevolent and proactive on every project I work on. To be honest I don’t really like to talk for the sake of talking; I just try to stay curious and relevant.

On a personal note, what would you say you’re the proudest of?
It’s really hard to be really proud of something because there’s always room for improvement. On a personal level I’m always happy to work on local projects linked to personal stories. That’s why I like to work on Hello Birds, a sea pop festival I founded together with some friends five years ago which takes place in the coolest spots on the French west coast, like Étretat or Saint-Malo in Brittany. It’s a free festival mixing music, food and sports; a new kind of moment, giving a new meaning to discovery and fraternity.

To you, what is a Ketje?
I only just discovered the real meaning of a Ketje when I met Sylvain with the Konbini team. I think it’s like a bad boy, but with a fun spirit.

What do you think distinguishes Belgium, and its people, from the rest?
Belgium’s a small and very complex country, but at first sight life looks much easier than in other places… And there’s Marc Wilmots, Thomas Meunier and a league named after a beer brand. That’s pretty uncommon.

If you had to nominate three people that, to you, best symbolised Belgium in its full glory, who would they be and why?
I had the chance to meet Patrick de Corte and he’s a crazy authentic guy, with a real passion for his job. I’m also a big fan of Le 77, from their music to their sunglasses… I guess I have a thing for talented low-profile people; real Belgian lads. I also met Cloclo, a fantastic girl from Tervuren who’s very funny.

If you had to take out-of-towners to one essential restaurant in Belgium, which one would it be?
When I go to Brussels, I often go to Fin de Siècle for a lapin à la Kriek or a classic stoemp. Perfect.

If you had to take visiting guests out on a Sunday tourist trail, where would you take them and why?
It’s usually my friends who take me on city trails in Belgium… We have many beers in Flagey, go to The Word parties and the day after, a run around the Ixelles/Elsene ponds to sweat it out.

Tell us about the first time you discovered BK sauces.
I discovered them when I came to Brussels years ago, and it was memorable. Our Konbini team joined forces with Sylvain and Mort Subite for a new sauce project, which was fun and inspiring. It was a true collaboration between a brewer and a sauce master, which lead to the Frisket Sauce. The plan was really simple and the artistic direction very coherent. We were even awarded best creative campaign of the year on Instagram: a fun and efficient experience.

Can you recollect your best Belgian joke ever?
I have too much respect for Belgians to recount cheap jokes at their expense.

Why do Belgians do it better?
Because they don’t care what others will think.