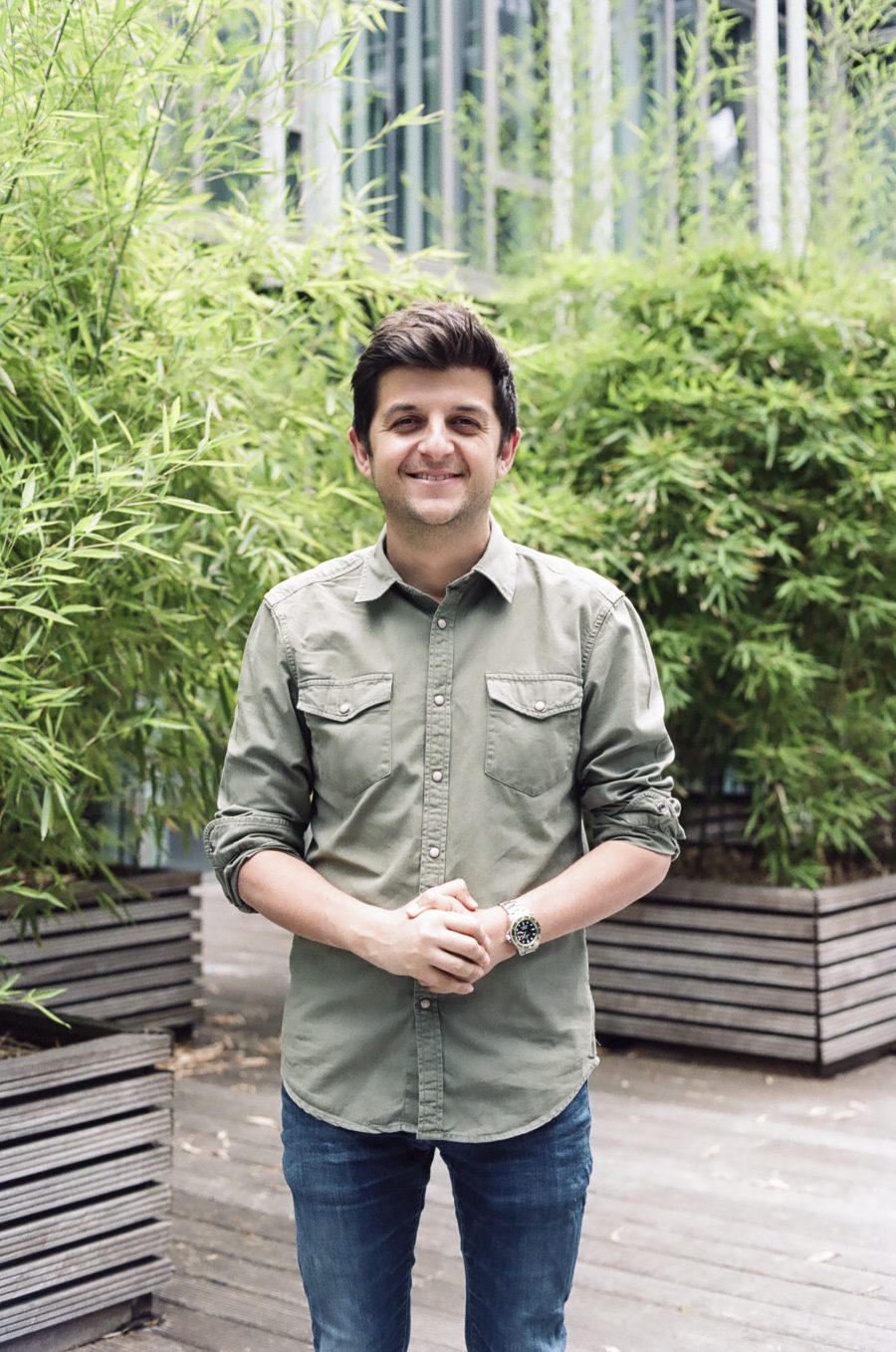 Describe yourself, your background and what you do today.
I’m a futuristic friturist. Incidentally, I’m also a radio, TV and online media host.

How has where you come from shaped who you are?
I grew up in Mons and am now the imperfect between a kid from Borinage and a Ketje from Brussels. Surrealism and offbeat antics have been my sauce since childhood.

How would you describe your attitude to work?
I’ve recently understood where I’m heading – or rather, where I don’t want to head. I enjoy being surrounded by those who compliment my way of doing and saying things.

On a personal note, what would you say you’re the proudest of?
For coming up with the idea of sending out the first packet of fries out into space. Belgium was going through a rather trying time of a wave of attacks, and so I felt it was necessary to put out our black, yellow and red high up in the sky…which I did.

To you, what is a Ketje?
A young Belgian – at least, he thinks so.

If you had to nominate three people that, to you, best symbolised Belgium in its full glory, who would they be and why?
Arno, Jean-Claude Van Damme and Prince Laurent.

If you had to take out-of-towners to one essential restaurant in Belgium, which one would it be?
Le Miroir in Jette – that’s my go-to spot. Jette, a village within the city where you can still hear brusseleer on the streets.

If you had to take visiting guests out on a Sunday tourist trail, where would you take them and why?
Sablon/Zavel: it’s a pretty, condensed spot in Brussels where you’ll find everything you love.

Sauces, in Belgium at least, are intrinsically linked to French fries. What’s your combination of choice?
Mayo with 16-20 – truly ours! It was a limited-edition sauce that we made in collaboration with Brussels Ketjep for our Space Frites project.

Tell us about the first time you discovered BK sauces.
The Dallas – I was so excited when I first discovered it. I bought it, tried it and was instantly hooked.

Why do Belgians do it better?
Because at the end of the day, we don’t care!