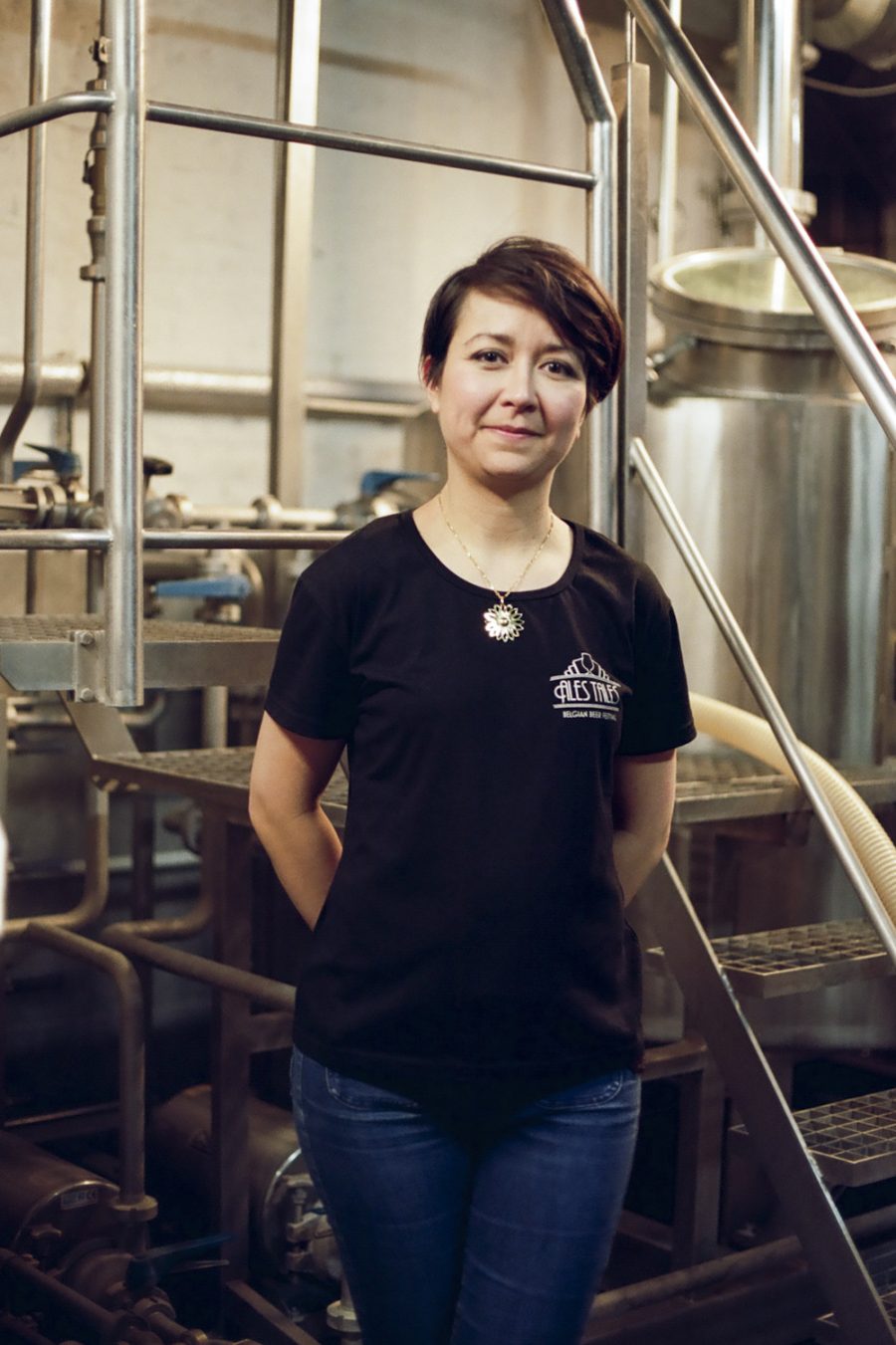 Describe yourself, your background and what you do today.
I was born and raised in Brussels to a Namuroise mother and father hailing from Hakodate, a small town in northern Japan. After a year abroad in New York State, I came back in 1999 to start a degree in biology at ULB. That’s how I met my husband, who was studying physics. After my studies, I worked for a Brussels-based clinical trial company for a year, got married in 2007 and moved to Hong Kong a year later. Five amazing years and two kids later, we flew to London. By the time we had our third child, Ales Tales became a fact: a Belgian craft beer festival in London. The first edition was in 2017, and the second was this June 2018!

How has where you come from shaped who you are?
Living abroad opens your mind a lot – but being Belgian means that you are openminded from start. Belgium is so diverse and rich in culture. How many other countries are there that have a mere population of 10 million yet boast three official languages?

How would you describe your attitude to work?
Control freak! I like to plan everything ahead and am crazy about making lists.

On a personal note, what would you say you’re the proudest of?
My three children…

To you, what is a Ketje?
The guy you find in a typical Belgian pub, and who knows everyone there. You’ll spend unforgettable evenings talking about the world over rounds and rounds of Belgian beers.

What do you think distinguishes Belgium, and its people, from the rest?
Our humour! Especially our self-mockery – it’s our strength.

If you had to nominate three people that, to you, best symbolised Belgium in its full glory, who would they be and why?
First would be Jacques Brel – not only for his music but his philosophy as well. He’s a real Ketje! And like it or not, I’m proud of our royal family. They do represent unity despite the huge differences that make Belgium such an interesting country. And the third would be Benoît Poelvoorde, another Ketje. Even if he’s not from Brussels, he does represent Belgian humour, mockery and warmth well.

If you had to take out-of-towners to one essential restaurant in Belgium, which one would it be?
Restobières in the Marolles: located in an incredible neighbourhood, very simple decorum and amazing food!

Tell us about the first time you discovered BK sauces.
Ketjep at the now-closed CO2.

Why do Belgians do it better?
Because we don’t take our selves too seriously!