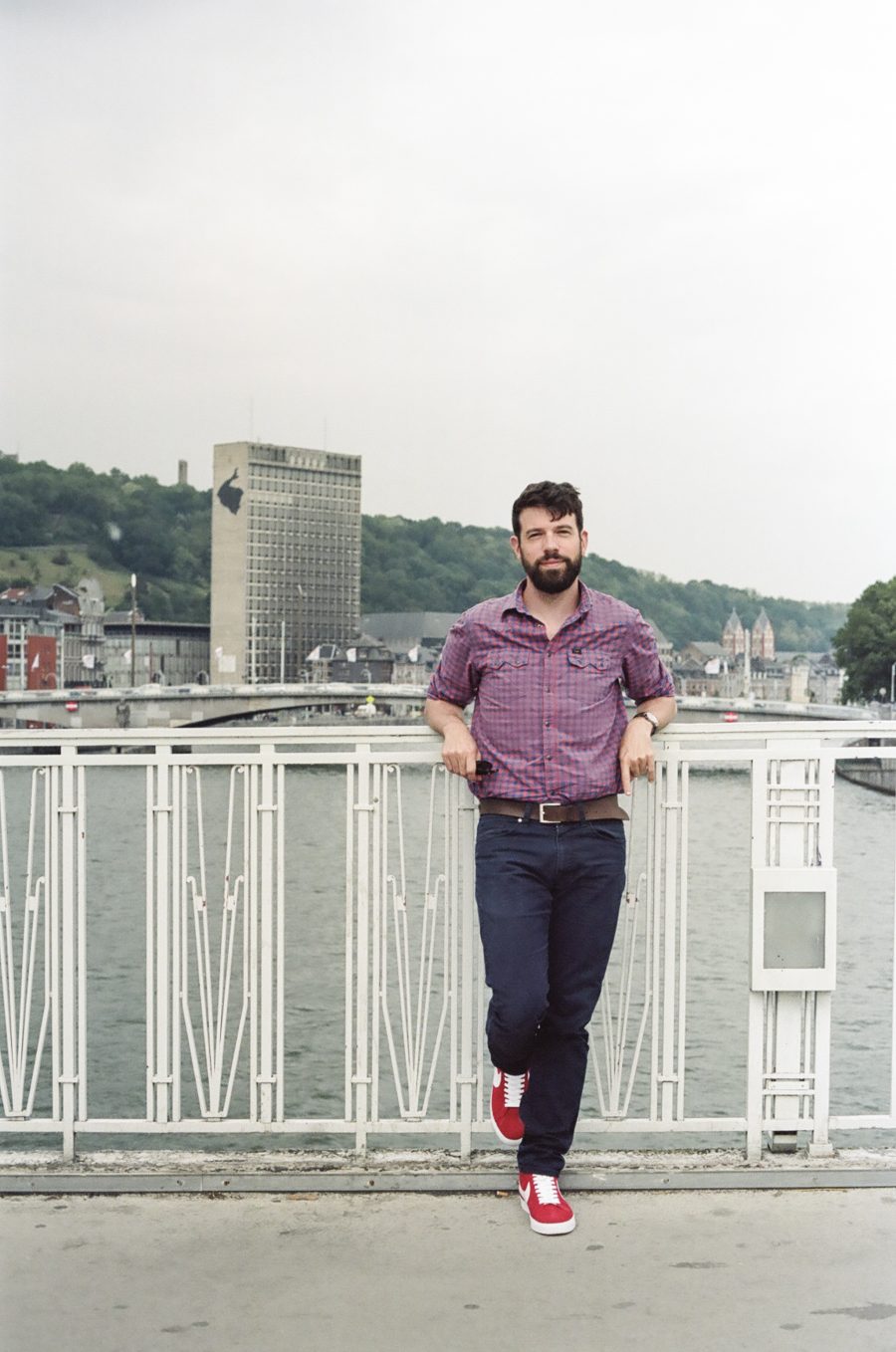 Describe yourself, your background and what you do today.
I was born in Brussels where I studied literature and film studies. Last year, I moved to Liège where I have been working for almost 4 years as a coordinator at Frakas Productions. What I love most about my job is accompanying authors throughout the scriptwriting process. When starting a project from scratch, it’s easy to become very attached to it.

How has where you come from shaped who you are?
I was born in Brussels, my mother is originally Flemish but was raised in Charleroi and my father is Spanish. At a very young age, I started questioning where I was from, as I didn’t feel completely Belgian or Spanish as I feel very close to both my roots. Most of all, Brussels feels like home. In order to be a true Brusseleir, you have to have roots elsewhere, to be a mixture. Brussels is amazing because it reconciles what could be a fracture. In many ways I relate to that.

On a personal note, what would you say you’re the proudest of?
In general, I’m very proud to participate in the making of films. When you work in production, you’re there from day one until long after the film is finished – and during that process you’ve fulfilled so many tasks. It’s a very demanding job, like a rollercoaster. But when the movie is done, if people are touched by it, there’s a real sense of pride because you know that you have been a small part of it. You look back on the whole process – the doubts, and all the effort you put into it – and it’s a very peculiar feeling.

To you, what is a Ketje?
A Ket’s a young guy from Brussels. He’s hot-headed; a bit of a rebel. He does as he likes. Kets are the best.

What do you think distinguishes Belgium, and its people, from the rest?
We’re a small and young country. Belgium was never an empire, Belgians never ruled the world and honestly, we couldn’t care less. We leave to others the pride of being big in history books. Not being obsessed with our past also means that we are facing towards the future. We are rule-breakers. There’s also something warm and welcoming about Belgian because we don’t take ourselves too seriously and we’re funny (although not everyone agrees with our humour).

If you had to nominate three people that, to you, best symbolised Belgium in its full glory, who would they be and why?
Virginie Efira. She’s big in France but she’s still very proud of her roots in a working-class neighbourhood in Brussels. There’s something in her that screams Brussels: she’s funny, simple and doesn’t take herself too seriously. She’s fierce!
Mélanie de Biasio, a Belgian jazz singer born in Charleroi. She’s the proof that internationally renowned artists can come from the least expected places. A native of one of the most disregarded cities in Belgium, she’s now an important piece on the international jazz radar.
Malvira, a puppet with an attitude. Because she’s a badass.

If you had to take visiting guests out on a Sunday tourist trail, where would you take them and why?
There’s 20km trail around the terrils of Charleroi: terrils are coal mountains dating back to the industrial era. Charleroi keeps in its landscape the harshness of this period. Charleroi collapsed since then, but is now making its way back into a strong cultural city, thanks to Charleroi Danse, Rockerill, Le Vecteur or Quai 10. People often say Charleroi is a dump without knowing it.

Tell us about the first time you discovered BK sauces.
In a Belgian crafts shop. I saw the Ketjep, loved the name and fell in love with the idea that a ketchup sauce, in a way a completely globalised commodity – everyone associates ketchup with Heinz – could be produced locally. I tasted it and loved it.

Why do Belgians do it better?
You’ve clearly never been here if you have to ask!