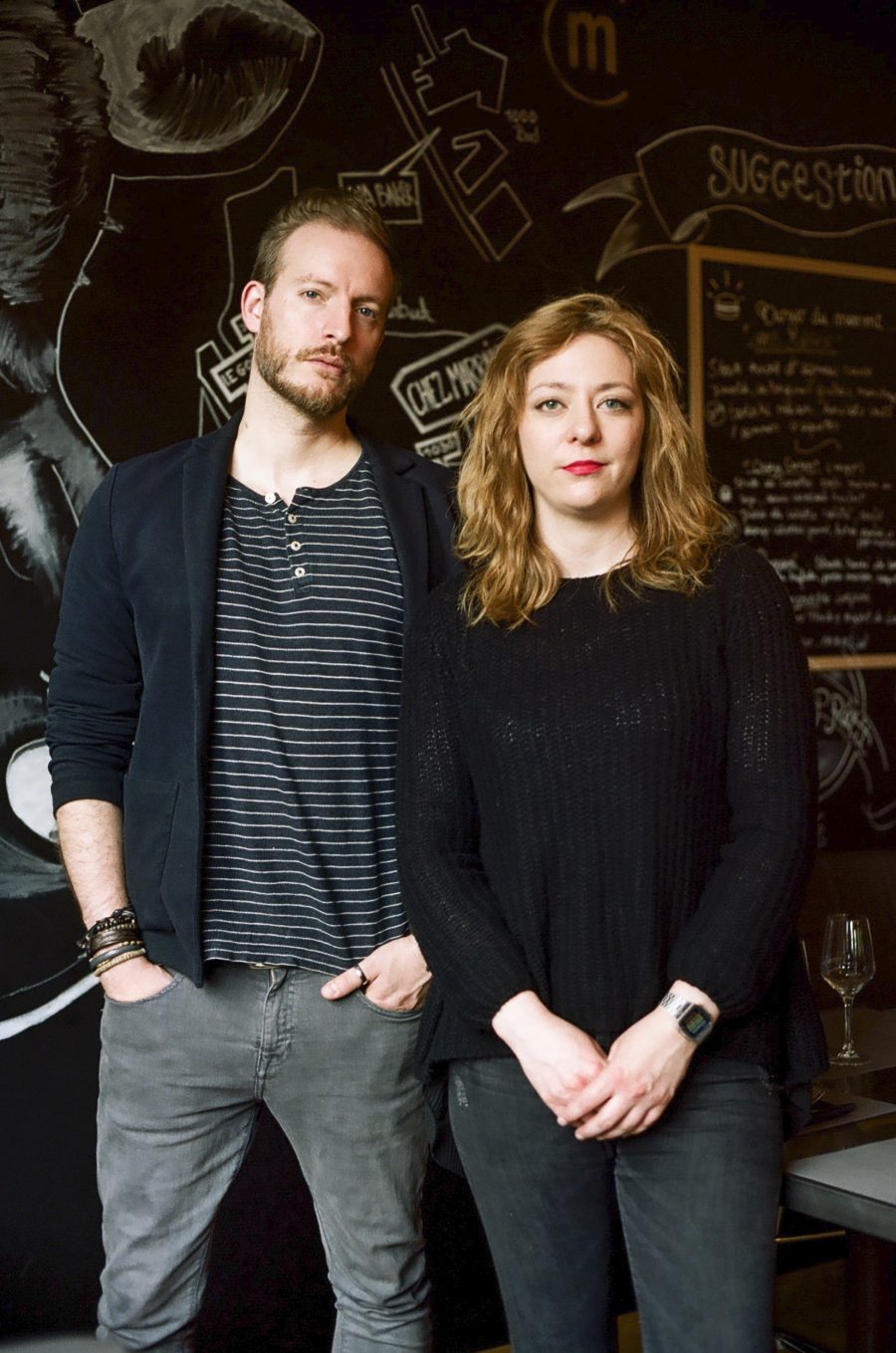 Describe yourself, your background and what you do today.
We’d both been working in bars and restaurants since we were 16 and found each other at the age of 20 while we were studying public relations in Brussels. We’ve been close friends ever since and trust each other enough to share our dreams. One of them was to run our own business in the hospitality sector. Today, we share the management of our burger bar Chez Marraine where we work every single day of the week.

How has where you come from shaped who you are?
We were both introduced to hospitality when we were just students struggling to make a living. It was hard at first, but it gave us the opportunity to reveal ourselves. By being recognised and respected by our clients and colleagues, we realised that we were given a chance to dream bigger. Still broke, but with plenty of ideas in our heads.

How would you describe your attitude to work?
We try to let every team member of our company have a good time by laughing a lot, promoting equality and providing them with everything they need. Besides that, we keep in mind that we started from scratch and that we still have a lot to learn.

On a personal note, what would you say you’re the proudest of?
Two things: providing work to several people – including ourselves – and pleasing our regular customers who keep coming back.

To you, what is a Ketje?
A Ketje is a badass girl or boy from Brussels.

What do you think distinguishes Belgium, and its people, from the rest?
Belgians are very welcoming party people. They don’t worry about the small details and don’t judge others. However, Belgians are also pretty dichotomous: either they’re creative, openminded and fashionable, or they just live a quiet life in their house with their two kids and dog.

If you had to nominate three people that, to you, best symbolised Belgium in its full glory, who would they be and why?
Stromae, because he’s innovative, young and an incredible media influencer. Pierre Marcolini, because have you ever tried their chocolate éclairs? Yves Mattagne, because he’s a brilliant businessman and an amazing cook.

If you had to take out-of-towners to one essential restaurant in Belgium, which one would it be?
It’s hard to pick just one because it depends on who you’re dining with, the occasion at hand and the time of day. But we do like places like Chez Jacques, Le Dillens, Pizza Saco, Seagrill, CHEZWaWa, GUSTO TRATTORIA and Chumadia.

If you had to take visiting guests out on a Sunday tourist trail, where would you take them and why?
We’d take them to the Belgian Ardennes for a walk in the forest, a visit to an abbey, a canoe ride and swim in the Lesse, a trip to the Castle of Bouillon and a fire in front of a cottage to end the day.

Sauces, in Belgium at least, are intrinsically linked to French fries. What’s your combination of choice?
Mayo drives us crazy.

First time you discovered BK sauces? Where and which one?
Probably through an advert for the 16-20 sauce, or in a burger restaurant. One thing’s for sure: the first one we ever tried was the Mayo.

Can you recollect your best Belgian joke ever?
A blind man walks into bar… And into a chair, a table and a man.

Why do Belgians do it better?
Because they’re humble yet funny.