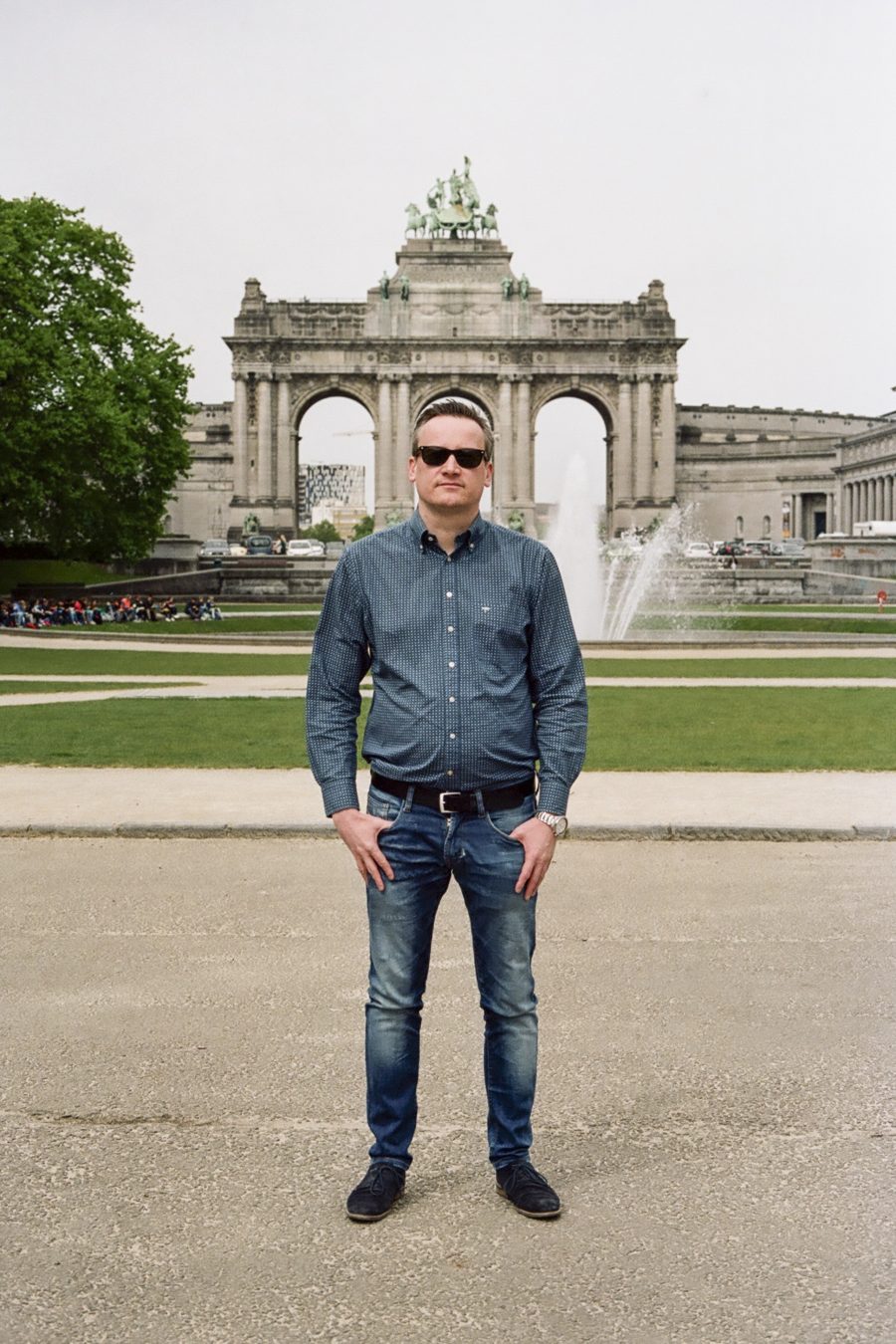 Describe yourself, your background and what you do today.
I work in the IT department of a big private company, but I’m mostly known in the online francophone community for my activities as a blogger, indie-rock columnist and independent webzine editor. I was a bit of a pioneer when I launched Pop-Rock.be back in 2002. I went on to manage several other influence blogs, like Sublimation, and had my own podcast show during the two first years of Radio Rectangle, indie label Freaksville Records’ web radio. I also used to be a rock DJ for a few years and had a lot of fun playing my favourite songs for parties in clubs and bars.

How has where you come from shaped who you are?
Rock music was my life. I’ve been a diehard Elvis fan since I was nine years old – pop came a bit later. I was also really into bands like Depeche Mode, The Cure and the whole new wave scene during my teenage years. My true idol as a grown-up is David Bowie, though. When he died in January 2016 I cried like a child and felt like I had lost someone very close.

On a personal note, what would you say you’re the proudest of?
At some point between 2005 and 2006, my webpages had several thousands of hits every day. It was before Facebook and the whole social media thing, so not an easy feat to achieve. It was all possible though thanks to my great team of writers, and we all worked very hard to reach our readers.

To you, what is a Ketje?
A small boy from Brussels, always ready to play a trick on somebody and never taking himself too seriously. A truly Belgian character.

What do you think distinguishes Belgium, and its people, from the rest?
Perhaps our sense of humour – at times, a surreal one. Also, the fact that despite our country’s small size, we can be proud of various global achievements in several domains – the arts, sports, food, and even sciences. We have many good reasons to be proud of being Belgian.

If you had to nominate three people that, to you, best symbolised Belgium in its full glory, who would they be and why?
Eddy Merckx for his athleticism, Hergé for his comic-strips and Toots Thielemans for his music. This guy played harmonica with the greatest American jazz legends of his era!

If you had to take out-of-towners to one essential restaurant in Belgium, which one would it be?
Many might want to go to Chez Léon or other cliché tourist spots, but I prefer to bring them to small, typical cafés like Le Fair Play in Woluwe-Saint-Pierre. Most of their customers are regular, everybody always seems relaxed, and the beefsteaks are truly delicious.

If you had to take visiting guests out on a Sunday tourist trail, where would you take them and why?
We would visit Brussels’ historical city-centre: starting with the Sunday Sablon Antiques Market in Sablon, then the Grand-Place and Manneken Pis, and finally have a beer in a good old bar like La Fleur en Papier Doré, where Magritte and Jacques Brel used to be regular customers.

Sauces, in Belgium at least, are intrinsically linked to French fries. What’s your combination of choice?
I like Dallas with my steak and Mayo with Belgian fries (I refuse to call it French fries!). Ketjep is also great with a croque-monsieur.

Tell us about the first time you discovered BK sauces.
At a beer festival hosted in a trendy hotel in Brussels, near the European Council. It was obviously an event dedicated to the expat community, but I was invited by a participating brewer. Brussels Ketjep was there to promote their products, and a friend of mine recommended tasting their Ketjep sauce on a hamburger. I was instantly amazed!

Can you recollect your best Belgian joke ever?
Not really, I was never a big fan of Belgian jokes. As a child, I frequently took offense to French comedians’ jokes at the expense of their neighbours, like Coluche, taking it rather personally… Everybody in France would mock Belgium and its people, and I could never understand why.

Why do Belgians do it better?
Due to our small size, we do have a kind of inferiority complex – it’s in our veins. Yet that also implies that we never pretend to be the best, taking away the stress and fear of failure.