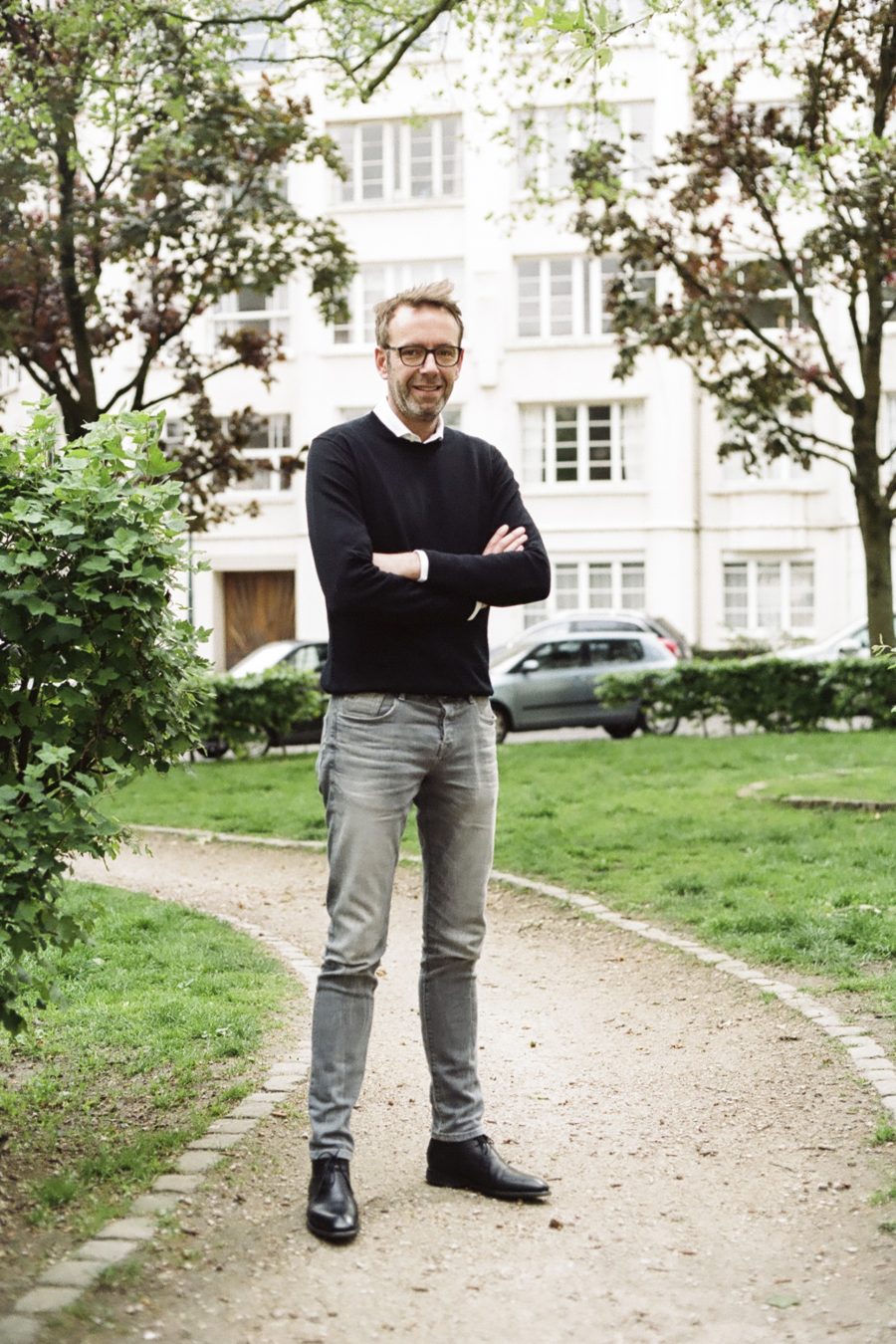 Describe yourself, your background and what you do today.
I studied commercial sciences in Brussels, but was also already working for the ATP tennis world tour as a student. Once I graduated, my student job became my fulltime occupation. Then in 2009, I quit my job and got into the world of visual solutions for the retail market instead. After almost a decade of working for a major printing company, I decided to start my own business and now run FullFull, a company specialised in retail, facilities and event solutions.

How has where you come from shaped who you are?
My tennis career was quite challenging, in that I had to learn to work under pressure and make quick decisions. This means that today, I’m able to evaluate my customers’ needs and the situation at hand quite rapidly, coming up with a wide range of solutions. Besides that, working as a business unit manager in my previous position allowed me to cope and understand the retail market. I use this knowledge on an everyday basis.

How would you describe your attitude to work?
My motto is that there are no boundaries in creativity. Whether it’s a technical solution or pure creativity, I always go the extra mile to meet my customers’ needs.

On a personal note, what would you say you’re the proudest of?
As a single father, my year-year- old twin daughters are my biggest pride

To you, what is a Ketje?
A positive, happy, and resourceful lad, he can cope and mingle with lots of different people and worlds without ever losing his own identity. You can always count on a Ketje – be warned however, don’t ever mess with him. His favourite quote? “Non, peut-être!”

What do you think distinguishes Belgium, and its people, from the rest?
Belgium doesn’t pretend; Belgium is and does. I think Belgium and its people are very discrete (sometimes a bit too much) and underestimated compared to our neighbours. That being said, Belgians are full of ideas, resourceful and they never surrender. When we come together, we’re unstoppable.

If you had to nominate three people that, to you, best symbolised Belgium in its full glory, who would they be and why?
Brel, for the way he described Belgium and Belgians with simple, poetic words.
Arno, an Ostend Ketje who writes and sings poetry in French. What could be more surrealistic?
Toots, because he proved for decades that Belgium truly does have talent. He made it from the streets of Brussels to the biggest stages in the world, and is considered as one of the most talented musicians in the world.

If you had to take out-of-towners to one essential restaurant in Belgium, which one would it be?
I’d go straight to Istas in Overijse – it’s a mandatory stop when oversea friends come to visit Belgium.

If you had to take visiting guests out on a Sunday tourist trail, where would you take them and why?
At the risk of not being so original, I’d say a stroll along Brussels’ small ring to catch gives a nice glimpse of what the city looks like. I would then take my guest to Ghent and Antwerp.

Sauces, in Belgium at least, are intrinsically linked to French fries. What’s your combination of choice?
Before I discovered Brussels Ketjep’s Dallas sauce, I always went for andalouse. I’m also very fond of a good old carbonade flamande with mayonnaise, but only from a few select places in Belgium.

Can you recollect your best Belgian joke ever?
How are Belgians able to always make such good deals? They buy French people for the price they’re really worth, then sell them back at the price they think they’re worth.