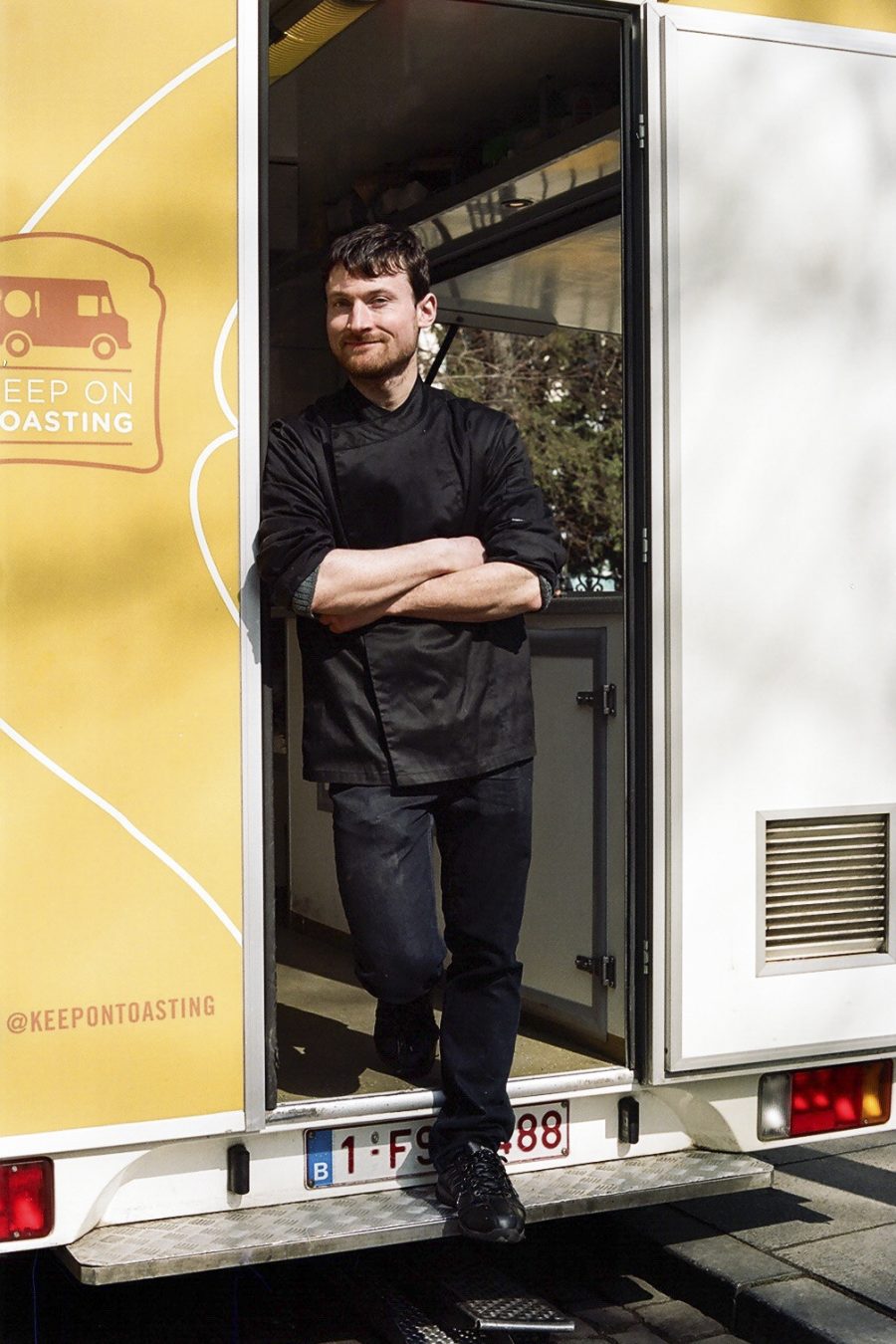 Describe yourself, your background and what you do today.
I started working weekend shifts in restaurants when I was 15. I really wanted to become a cook, so I went to culinary school and started working fulltime in a kitchen. After gathering some experience over the course of the next five years, I launched my food truck Keep On Toasting in December 2012.

How has where you come from shaped who you are?
I was inspired by traditional restaurant dishes, and turned them into a gourmet street food concept. As a ket from Brussels, I chose to use Belgian ingredients in my dishes, like cooked ham, Belgian cheese and endives to name a few.

How would you describe your attitude to work?
I like to work independently and be responsible for the end result. It’s also cool though to have a network of people with different skills to help your company grow and succeed.

On a personal note, what would you say you’re the proudest of?
I can be proud to say I started a business on my own, which has been successful for more than five years now.

What do you think distinguishes Belgium, and its people, from the rest?
Belgium is based on a realpolitikal compromise, so we don’t take ourselves too seriously. Our politics, architecture, mobility and linguistic borders might seem surreal, but at the end of the day it all kind of makes sense.

If you had to nominate three people that, to you, best symbolised Belgium in its full glory, who would they be and why?
Jean-Claude Van Damme: the muscles from Brussels, famous for his movies but also his special philosophical quotes.
Benoît Poelvoorde: a great actor who’s fascinating because of his disturbed mind.
Kim Clijsters: a talented tennis player who I find to be very inspiring because she managed to build a family and has always been very chill.

If you had to take out-of-towners to one essential restaurant in Belgium, which one would it be?
Le Roy d’Espagne so they can enjoy a Flemish stew with beer on the very famous Grand Place of Brussels.

If you had to take visiting guests out on a Sunday tourist trail, where would you take them and why?
Bruges, with its medieval atmosphere, is a must-see. And in the summer, kayaking in the rivers in the south of Belgium could also be a nice trip.

Sauces, in Belgium at least, are intrinsically linked to French fries. What’s your combination of choice?
Dallas on everything.

Tell us about the first time you discovered BK sauces.
I discovered the very first Ketjep alongside its creator in Brussels, back in 2012.

Can you recollect your best Belgian joke ever?
How do you spot a Belgian in a casino? He’s the only one leaving with tokens…

Why do Belgians do it better?
Because we don’t overthink; we keep it real.