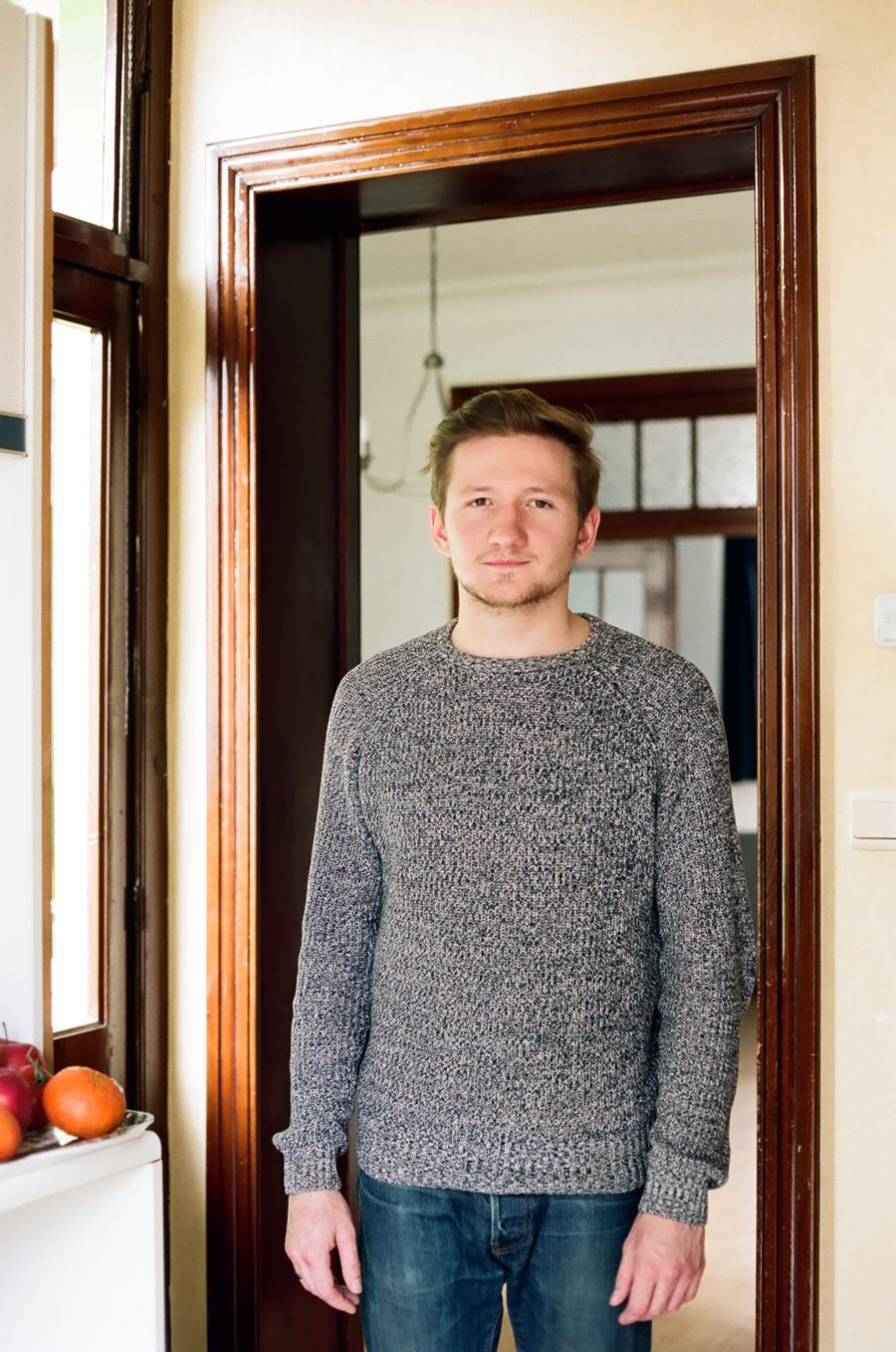 Describe yourself, your background and what you do today.
I studied photography, and am now trying to make a name for myself. I occasionally work for VICE, and my works have been featured by a number of media platforms.

How would you describe your attitude to work?
I chose photography because it means I can work solo, like a lone wolf. But that doesn’t mean I don’t enjoy socialising, especially through the documentary style of photography that I practice.

What do you think distinguishes Belgium, and its people, from the rest?
We eat our mussels raw… But on a more serious note, our humility is legendary. We’re able to achieve great things in our little country while remaining humble – that’s our strength. A kind of chauvinism without being chauvinists. I find that Belgians can quickly adapt to many situations and foreign surroundings.

If you had to nominate three people that, to you, best symbolised Belgium in its full glory, who would they be and why?
Jacques Brel of course, for being a great inspiration for many musicians and more. There are some great interviews where he discusses how he achieved his dreams and became the man he wanted to become.
Benoît Poelvoorde – I love his films and cynicism that represents our country so well.
Jean-Claude Van Damme, for being an inspirational and touching person. One of the few Belgians to make it big out of the country and live the American Dream. A great philosopher, too!

If you had to take out-of-towners to one essential restaurant in Belgium, which one would it be?
La Clef d’Or isn’t really a restaurant per se, but they have some great bites to eat. Located on Place du Jeu de Balle/Vossenplein – my neighbourhood –, it’s also Grand Jojo’s local café. Great food, including classic Belgian dishes like carbonades.

If you had to take visiting guests out on a Sunday tourist trail, where would you take them and why?
I would take them straight to Le Laboureur, a bar on Rue de Flandre/Vlaamsesteenweg in downtown Brussels. For me, it’s still an old, typical Brussels haunt – even if it’s probably not like it used to be – and nothing’s open on Sundays anyways, so why not get a few pints in us?

Sauces, in Belgium at least, are intrinsically linked to French fries. What’s your combination of choice?
Fries and mayonnaise, fieu!

Tell us about the first time you discovered BK sauces.
The Dallas sauce, while eating a burger at Les Super Filles du Tram, by Place Flageyplein! A great restaurant, by the way.

Why do Belgians do it better?
We speak three languages, host Manneken-Pis and the most beautiful square in the world. And the best chocolates and fries, too. Sure, we could all probably do with some more training in French, Dutch and German, but for such a small country I don’t think we’re doing so badly. Last but definitely not least, we have the best beers, bringing all sorts of people together.