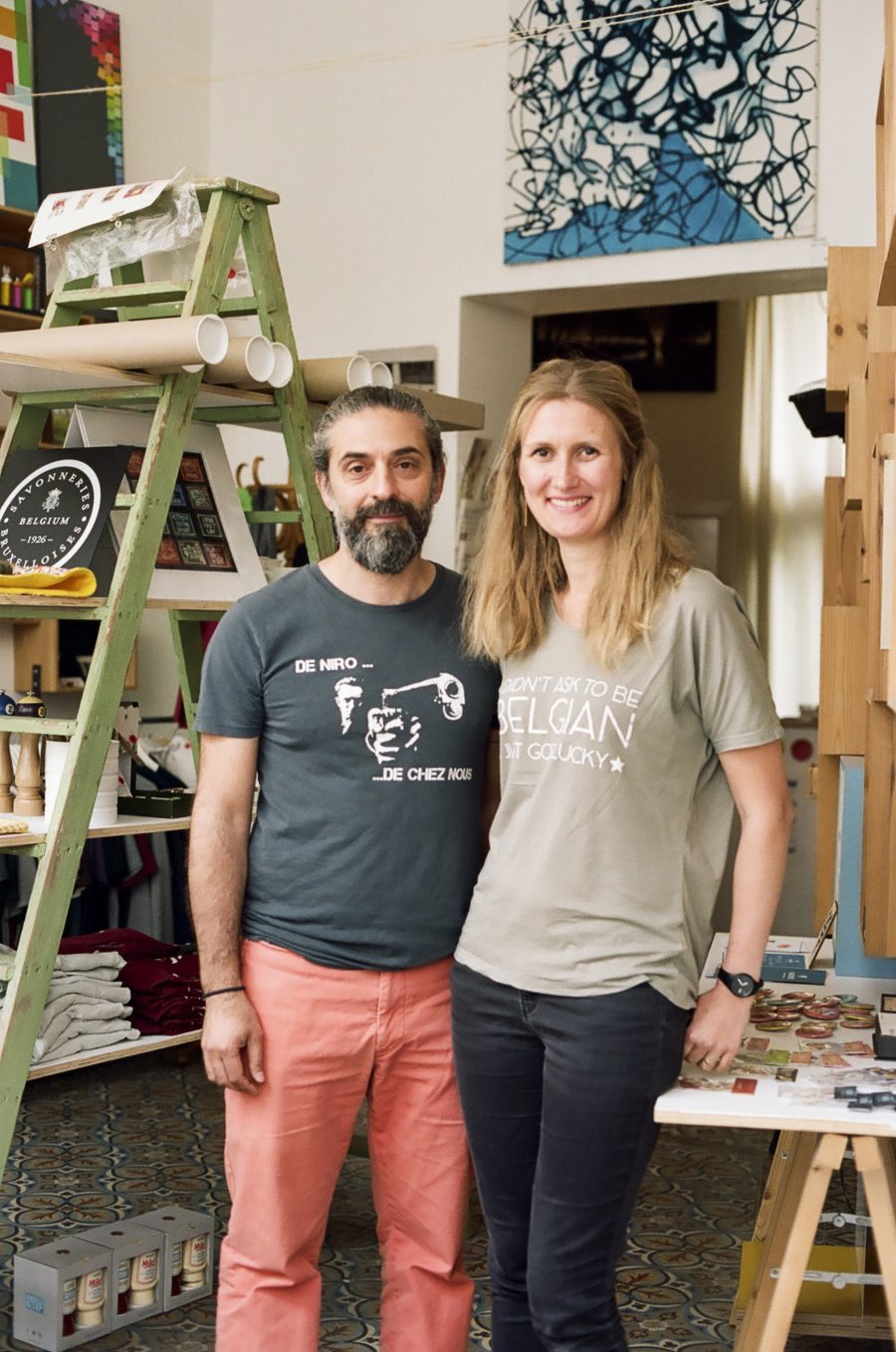 Describe yourself, your background and what you do today. How has where you come from shaped who you are?
We both started our careers in architecture. It was on a whim that the two of us decided to stop with architecture, and eventually opened our store Belgikïe in December 2013. Two years later, we launched our own line of t-shirts, accessories and jewellery to satisfy our creative desires. And just this April, we created the virtual marketplace BelTik, bringing together local craftsmen and creators.

How would you describe your attitude to work?
Cool, relaxed and always smiling, because we get to do what we love – even if being a trader in Brussels and making a living through selling local products is extremely tough.

On a personal note, what would you say you’re the proudest of?
Having gone all the way in what we believe in, creating an ethical store and stepping out of our comfort zone.

What do you think distinguishes Belgium, and its people, from the rest?
Our self-deprecation, surrealism and humility.

If you had to nominate three people that, to you, best symbolised Belgium in its full glory, who would they be and why?
Brel, Merckx, and Poolvoerde, because the French will envy us forever!

If you had to take out-of-towners to one essential restaurant in Belgium, which one would it be?
Certo in Ixelles/Elsene.

If you had to take visiting guests out on a Sunday tourist trail, where would you take them and why?
Flagey, where you can easily find great beer, comics, fries. A true representation of Brussels’ multiculturalism.

Sauces, in Belgium at least, are intrinsically linked to French fries. What’s your combination of choice?
Dallas et andalouse – but if it’s served in a cone, then it’s got to be a messy dollop of mayonnaise.

Tell us about the first time you discovered BK sauces.
The Dallas of course, at Stam, the bar right by our boutique store.

Can you recollect your best Belgian joke ever?
How do you find a Belgian in a submarine? Look for the one with a parachute.