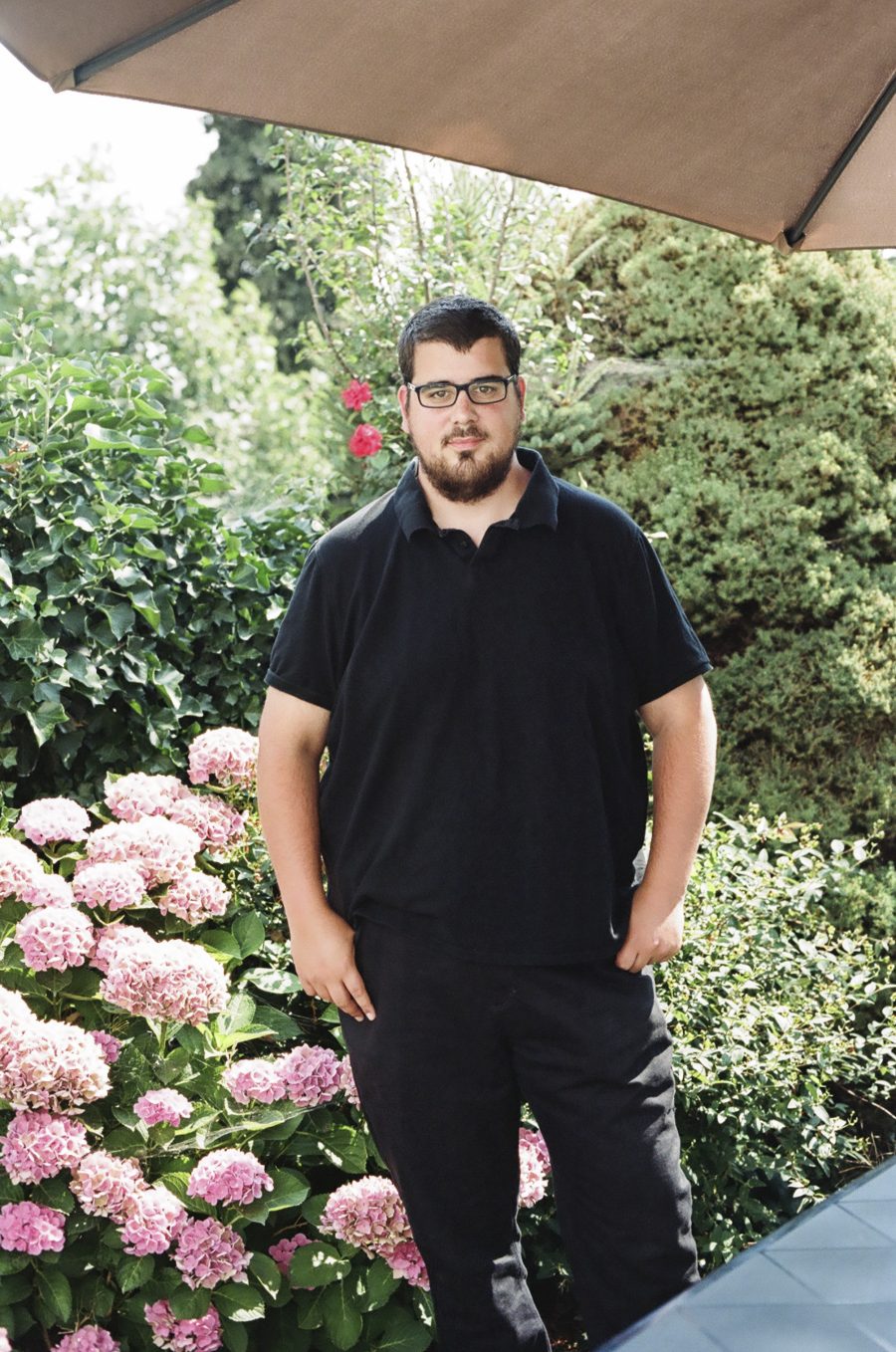 Describe yourself, your background and what you do today.
I’ve been in love with basketball for as long as I can remember. So that’s my background I guess – I now host a podcast on NBA called Posterdunk every other week. The best part of my job are the interactions with others, whether it’s good or bad. Being able to talk about your passion with other people and connecting over it is priceless. Besides that, I’m also a graphic designer, currently looking for new opportunities while developing projects on the side.

How has where you come from shaped who you are?
It’s hard to say, but being born in Brussels has definitely made me more open-minded and interested in other cultures.

How would you describe your attitude to work?
Dedicated and passionate, I like to go beyond what’s expected of me and surprise people whenever possible.

What do you think distinguishes Belgium, and its people, from the rest?
I think we’re open-minded, great with self-mockery and we don’t take ourselves too seriously. On the other hand, we sometimes lack confidence: we have a tendency diminish what we do and who we are.

If you had to nominate three people that, to you, best symbolised Belgium in its full glory, who would they be and why?
Jacques Brel: I heard Mr. Brel for the first time while in my mother’s belly, and still listen to him to this day. I find myself being moved by his work and what he had to say. He’s timeless and will stay relevant for the rest of time.
Nafi Thiam: the greatest athlete we’ve ever had, and far from being done. I love the way she behaves fearlessly; she could not represent us any better.
Jean-Claude Van Damme: precisely for his flaws, and not despite them. Although he’s often mocked, I like to believe he’s one step ahead of us all.

If you had to take out-of-towners to one essential restaurant in Belgium, which one would it be?
The obvious answer would be to pick a typical Belgian restaurant, so I’m going to refrain from that. I think one of Belgium’s – and more specifically Brussels’ – greatest assets is being able to mix various cultures together to create something special. So I’d go for Chumadia in Saint Gilles: it represents this spirit well and they serve truly great meat.

If you had to take visiting guests out on a Sunday tourist trail, where would you take them and why?
My starting point would be the Crossbow Guild Museum of Brussels, where we’ll hopefully come across some of the practitioners who are truly passionate about what they do, and represent Brusseleirs very well. This place is so authentic and special. From that point, it’s basically a straight line from Place Royale/Koningsplein to the Grand Place. I chose this trail because get to see a lot of great stuff in a very small amount of time, as is the charm of Belgium. Before arriving to the Grand Place, you’ll pass by Magritte Museum, the Musical Instruments Museum and Mont des Arts/Kunstberg among other things. Essential.

Can you recollect your best Belgian joke ever?
I can’t think of any, so I’ll share a fun fact with you instead: did you know that there are only two Belgian jokes in the world? All the others are true.