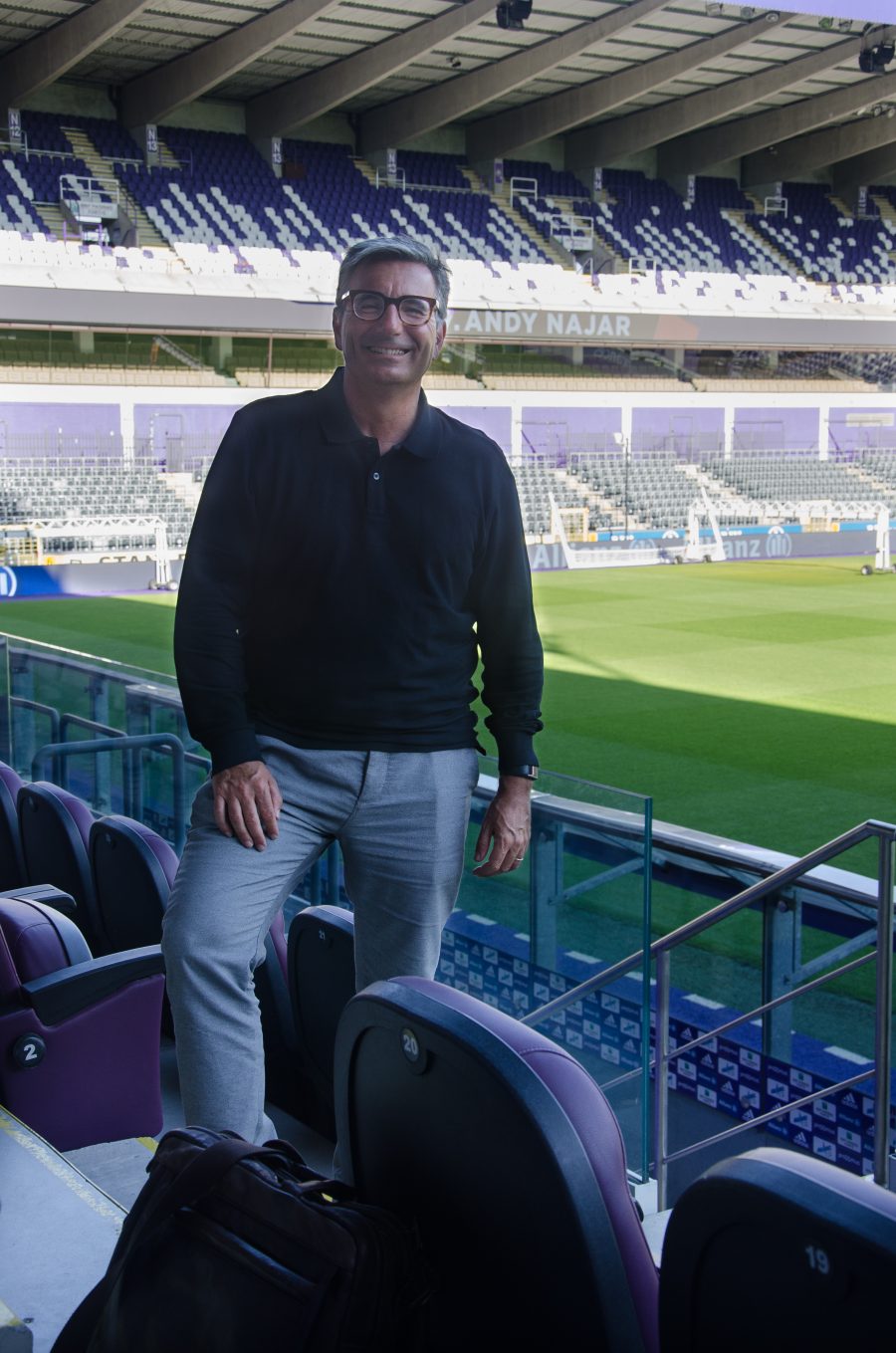 Describe yourself, your background and what you do today. How has where you come from shaped who you are?
I am born and bread in Brussels. Flemish speaking at home and went to school in French. Italian mother, Belgian father. I studied in Dutch at the VUB and played football in different teams in Brussels (still playing at Ritterklub and FC New Inn). I am a real cultural bastard, open to everything, I master 4 languages and I am culturally bilingual. I carry the German and Roman cultural in my veins

How would you describe your attitude to work?
Empathic and passionate. Bored when it is too administrative…

On a personal note, what would you say you’re the proudest of?
The creation of Exqi Sport and the RSCA Media platform.

To you, what is a Ketje?
An optimistic cultural sponge.

What do you think distinguishes Belgium, and its people, from the rest?
We do not take ourselves too seriously, we laugh at ourselves and we take the quality of life very serious. Good food and drinks is an essential component of our country. We are the queens and kings of surrealism.

If you had to nominate three people that, to you, best symbolised Belgium in its full glory, who would they be and why?
Toots Tielemans, Eddy Merckx, Jacques Brel.

If you had to take out-of-towners to one essential restaurant in Belgium, which one would it be?
I am very subjective. I am half Italian. San daniele in Ganshoren is my Favourite but La Belle Maraîchère and Le Vismet are excellent also.

If you had to take visiting guests out on a Sunday tourist trail, where would you take them and why?
I would start at La Place Sainte Cathrine, Rue du Lombard, Grand Place, National Library, Sablon, Place Poelaert, Marolles and back to Place Sainte Catherine. Why? Because you have a great historic impression of our city.

Sauces, in Belgium at least, are intrinsically linked to French fries. What’s your combination of choice?
Mayonaise OR Sauce Américaine !!!

Tell us about the first time you discovered BK sauces.
At Friterie De CORTE, the best Friture in the world.

Can you recollect your best Belgian joke ever?
Two old men are sitting on a bench Place Poelaert. They sit there every day, for many many many years. Suddenly an American Tourist approaches them and asks, with great difficulty in French, “if they could give him the direction for the Basilique of Koekelberg ?”
The old men do not respond and remain quiet. The American thinks that they must me Flemish and asks the same question with even greater difficulties in Flemish.
The two old men do not react. The American tries in English but the two pensioners do not answer.
The tourist is disappointed, thanks them and leaves…
The two old men remain quiet for another hour. Suddenly one old man says; “have you heard the guy? he masters 3 languages…” his friend responds: “true but that will not bring him very far”.

Why do Belgians do it better?
Laugh with life.