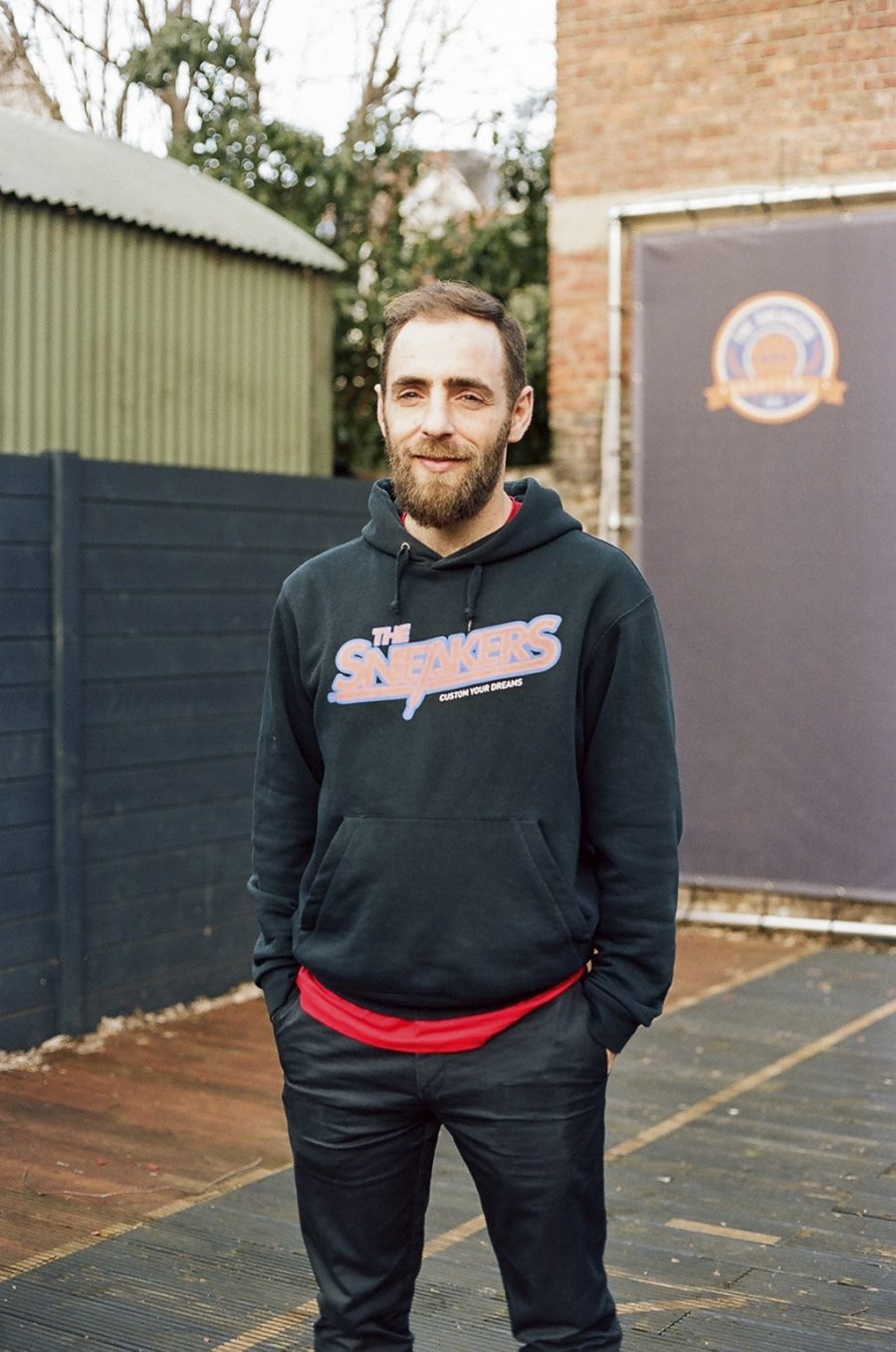 Describe yourself, your background and what you do today.
I started practicing classical theatre in 2013 by playing roles such as Stanley Kowalski in A Streetcar Named Desire. I started traveling around Europe and in 2005, rose to the challenge of filling the Cirque Royal/Koninklijk Circus in Brussels with my show, allowing me to create Kings of Comedy. In 2008, I broadcasted my first TV series on disability with as much humour as possible. And in 2012, I began filming The Sneakers, which is now available in several languages and hasn’t ceased to grow.

How has where you come from shaped who you are?
I trusted my education, followed my principles, avoided the negative and tried to draw a straight line to my goal.

How would you describe your attitude to work?
I work seriously without taking myself too seriously, as the Belgians do.

On a personal note, what would you say you’re the proudest of?
Honestly, my biggest pride is my team.

To you, what is a Ketje?
It’s us. We’re this mixture of disorder – or brol, as we say in Belgium – cultures, knowledge, skills, and much more.

What do you think distinguishes Belgium, and its people, from the rest?
Belgium has the advantage of being a small country with a small population. In other words, we’re outsiders, which gives us the opportunity to dare to innovate.

If you had to nominate three people that, to you, best symbolised Belgium in its full glory, who would they be and why?
Stromae, Jean-Charles De Keyser and my father. All three made their dreams come true; they’re all Belgian but with different backgrounds, and they all managed to make it to the top.

If you had to take out-of-towners to one essential restaurant in Belgium, which one would it be?
La Villa in the Sky, for the chef’s know-how and its prime location to contemplate Brussels’ glory.

If you had to take visiting guests out on a Sunday tourist trail, where would you take them and why?
Two places that represent Brussels best: Grand Place and the European Quarter. Built in 1406, Grand Place represents the gathering of merchants and traders. As far as the European district is concerned, it’s the exact replica of Grand Place but at today’s scale.

Tell us about the first time you discovered BK sauces.
The Dallas, while eating a burger at a friend’s house. Knowing Mourade Zeguendi, I immediately took note and looked for other BK products.

Why do Belgians do it better?
Just because.