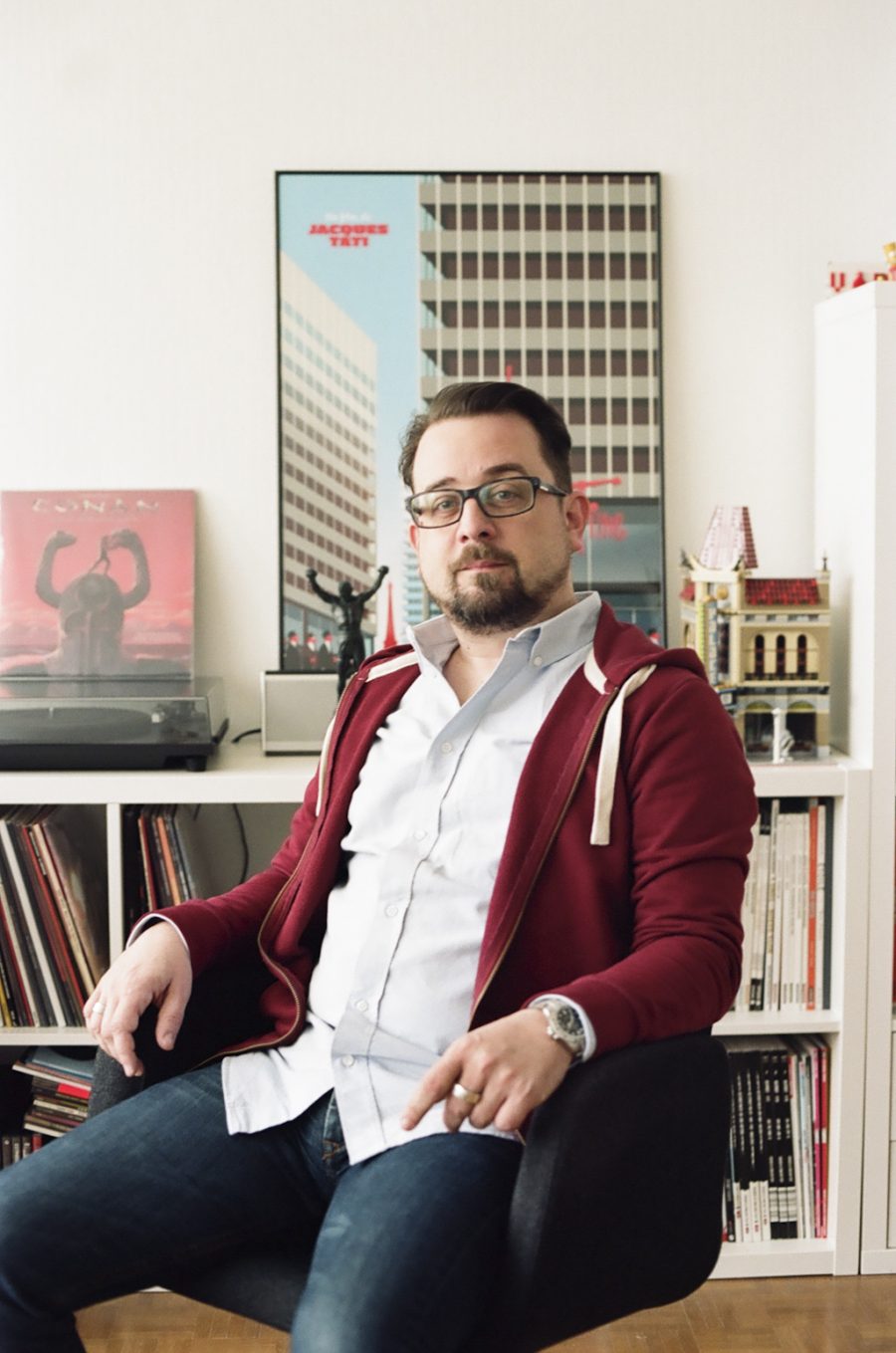 Describe yourself, your background and what you do today.
I’m an illustrator, graphic designer and all-round creative navigating between all my different passions, and coming up with new concepts for both national and international clients. Meanwhile, I’m also working on a comic book project. I’m probably most well-known for my “Simpsonised” illustrations in which I illustrate pop culture characters – think movies and TV shows – in the style of those popular yellow characters.

On a personal note, what would you say you’re the proudest of?
I get to have fun every day, and I hope it’ll remain like that for a very long time.

To you, what is a Ketje?
As a massive comic book aficionado, I’ve always associated the term with Quick and Flupke. I assume the concept has evolved since then though!

What do you think distinguishes Belgium, and its people, from the rest?
“Status: It’s complicated”. But nobody seems to care in Belgium. And this apparently works.

If you had to take out-of-towners to one essential restaurant in Belgium, which one would it be?
L’air du temps, because you don’t just eat there: not only do they serve excellent food, but you also get to experience a truly unique moment. Hands down one of the best restaurants I’ve ever frequented.

If you had to take visiting guests out on a Sunday tourist trail, where would you take them and why?
I would start with a visit to the Flagey Square market before taking a stroll through the Sablon/Zavel and Marolles neighbourhoods. I would try to see if the Coudenberg Palace is open, to visit the underground palace under the current Royal Square, and come out behind the Musical Instruments Museum. From there we would go up to its terrace to enjoy an espresso while admiring the view. If the weather is nice, we would go through Jubelpark/Parc du Cinquantenaire and climb to the top of the Arcade monument, as well as one of the lesser-known parks like Tenbosch or Tournay-Solvay. To finish off, let’s have a glass of wine at Vinomania on Place Fernand Cocqplein.

Tell us about the first time you discovered BK sauces.
The one and only Ketjep, in a snack somewhere in Brussels on burger with fries.

Can you recollect your best Belgian joke ever?
“How do you drive a Belgian crazy? By locking him in a round room and telling him that there’s a fry in a corner.”

Why do Belgians do it better?
In my opinion, because we usually don’t give a fuck, and do as we please.