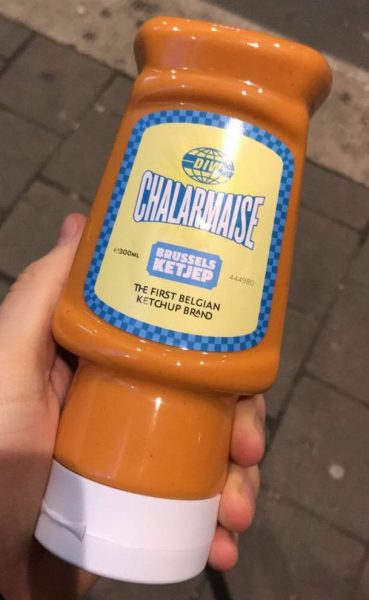 De Ideale Wereld (DIW) is a quirky daily TV broadcast in Flanders, usually brimming with absurd Belgian humor. For the music festival Pukkelpop, the presenters decided to create an interior and exterior stage for a completely wild mini festival. They also proposed an original first aid stand. The idea: run to the rescue of festivalgoers who were running out of sauce for their fries, hot dogs or burgers! Knowing Brussels Ketjep well, the organizers contacted the brand to ask them to create a special sauce for the event. That’s how Chalarmaise came to be. Its name was chosen in reference to running gag, with the invented word “chalarmeren” (for Smurf lovers, it’s the equivalent of “Smurfing”). The event was a total success. The DIW group thought it would sell the sauce in 300ml bottles. Everything was ready for the release when…the directors of the broadcast found out that, since the channel was a public one, they couldn’t sell a product promoted over the radio.

But the project didn’t stop immediately. They decided to use television to promote this product that would never be sold in stores. The Chalarmaise bottles that were already produced were given to the people who came to listen to the broadcast live. Almost every day, fake, quirky ads were created to promote the Chalarmaise. The audience went nuts. They wanted nothing but to try this new sauce. Major supermarket chains were destroyed on social media for not stocking it.

But finally there came an opportunity to sell it, by donating the proceeds to charity. On Saint Nicolas, December 6th, the whole DIW team drove the Chalarmaise caravan across the country. It started its tour at the Flemish Parliament, where the ministers were forced to buy several pots for their righteous deeds. After that, it was the public’s turn to be able to buy and finally taste this sauce. They only had to line up for hours in the Antwerp, Gent and Louvain train stations.

That’s how a sauce can live a full but ephemeral life, just like a butterfly. 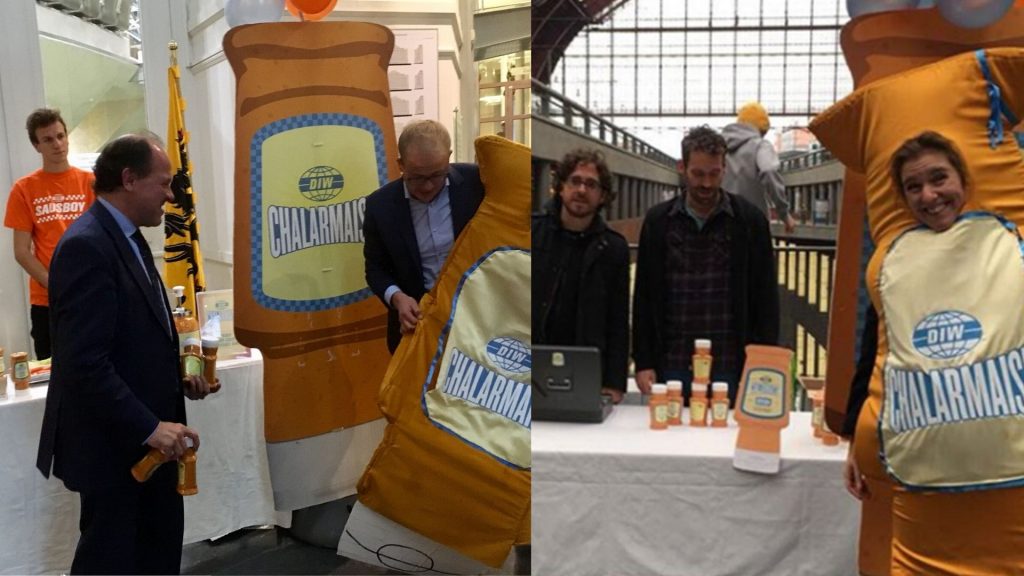 The Ketje of this week is @lesyeuxdesalma 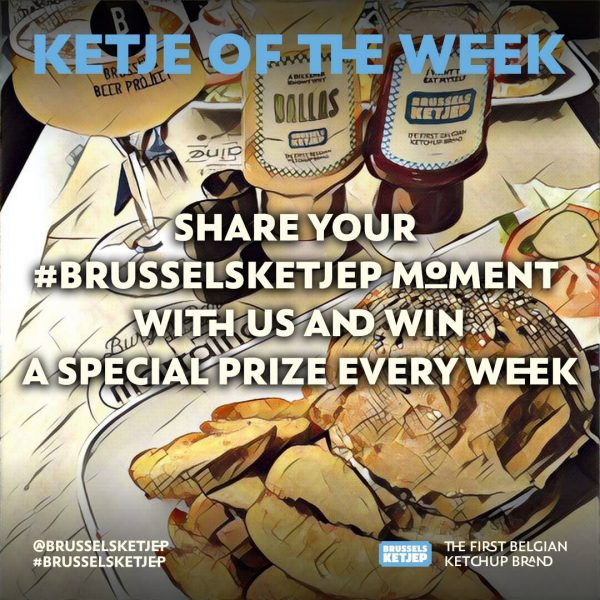 An interview by Brussels Ketjep